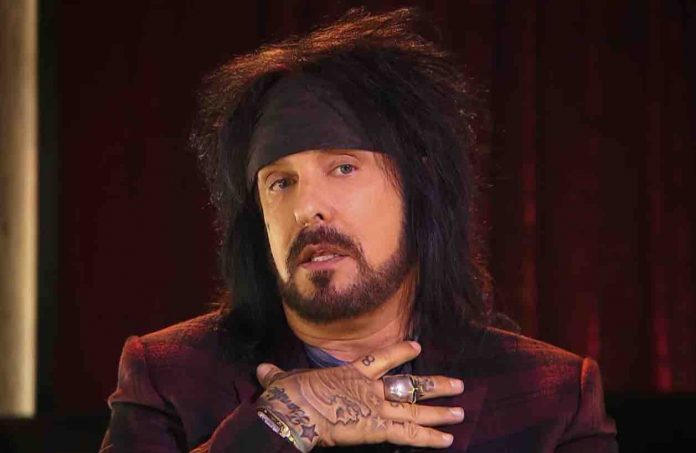 Motley Crue bassist Nikki Sixx felt insulted by a fan demanding to know which ex-bandmate was his favorite: John Corabi, Randy Castillo, or Samantha Maloney. Sixx turned down the offer to give his take, an offensive question after the death of Castillo. Motley Crue’s reunion tour with Def Leppard and Poison was confirmed last week.

A fan asked, “Which of the ex-Mötleys was nicer to play with? Corabi, Randy or Sam?”

AEW wrestler Frankie Kazarian tweeted, “I’m fine with @MotleyCrue coming back to tour next year. 🤘🏼🤘🏼Mind you, I also come from the world of professional wrestling where retirement is never actual a real thing. Merely a suggestion or an extended break 😉.”

Former MTV VJ Martha Quinn tweeted, “@MotleyCrue @DefLeppard @Poison stadium tour? Bring it! I personally don’t care about the #FarewellTour, people change their minds. I hope this is 100% true and I say welcome back!”

Motley Crue reacted to rumors that Mick Mars is ‘close to death’ yesterday. Eddie Trunk tweeted, “Is there anyone on the planet that will ever believe ANY band when they do a Farewell tour ever?! Has any band ever actually stuck to a Farewell? Good thing I have another 3 hours of live national radio to discuss! 5-8P ET @SXMHairnation 39 #TrunkNation.”

Fans weighed in on the Motley Crue reunion on the MetalSludge.TV forums. The Prez posted, “What reason can they (Motley) possible have to do this again? Do they need the money that bad?? They could barely function as a band before they quit and they seemed perfectly happy NOT to have to put up with each other again, besides a few random occasions.”

Lobo responded, “They are being given ridiculous money to tour. Realistically, they only have to see each other for the 1 hour and 20 minutes they’ll be on stage together, plus the 2 weeks of rehearsals.

Vince tours like a madman anyway, why not make a shit ton more money, play huge places and have a massive production?

Any other band would do it. Most groups that are their age aren’t really friends anymore and don’t hang out together. These bands are a business more than anything.

They thought (at least Nikki did) that the exposure of announcing a contract to not tour anymore + a Netflix special might get him some of that reality crap TV shows like The Voice etc. and I think he did get on one of those for a bit. Or maybe another radio show.

Well…what came down was an offer to tour for sick money. So…you take it because that’s where all this has lead to.