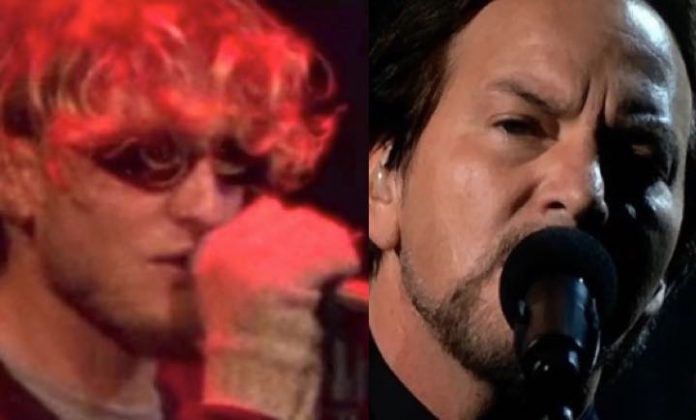 Former Iron Maiden singer Blaze Bayley discussed the band seeing themselves as ‘at war’ with Grunge bands like Pearl Jam, Nirvana, Alice In Chains, and Soundgarden in a new interview.

“When I was in Maiden, we were at war with grunge, man. Grunge was trying to kill us. The U.K. press, they thought the sun shone out of various bands’ bottoms, and they wanted Maiden to die. We went into the heartland of death — we played Seattle at the height of grunge, man, and it was one of the most awful gigs I’ve ever done.

There were these people looking at us like we were some kind of dinosaur, and they were going, ‘Why aren’t they dead yet?’ And then you’ve got a few rows at the front going, ‘Maiden! Yes!’ It’s just unbelievable. And that’s the war that we had with [1995’s] ‘The X Factor’ and [1998’s] ‘Virtual XI’. We were fighting for the very existence of real heavy metal. And where are they now? Metal is forever, ’cause it’s in the heart of fans.

I’m sorry, but grunge, it was fashionable. And the best thing about what I do is it’s not fashionable. I’m always unpopular, and that’s why I’ve lasted so long. I’m tiny, but if I was gonna be really popular, I would be up, then gone. ‘Have you heard of Blaze Bayley?’ ‘Yeah, isn’t he that artist that’s really small, a cult figure?’ ‘Yeah.’ And they’ve been saying that for 25 years, the same thing. So because of that, I haven’t disappeared. If everybody liked me, it would be kiss of death for my career.”