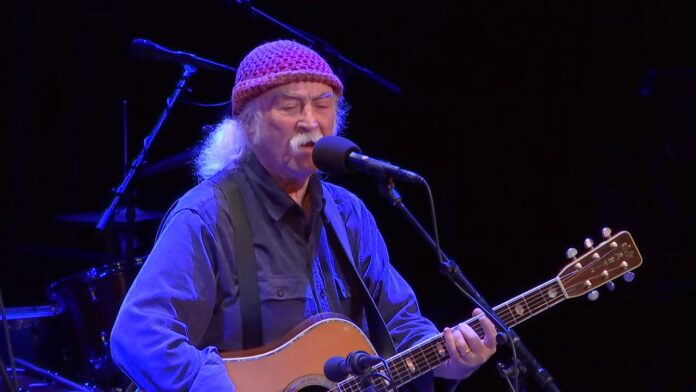 The sad news of David Crosby’s passing has been announced. At this time there is no official cause of death. However, David, who was 81, was suffering from an illness for quite some time. Graham Nash is one of the first of David’s co-musical artists to speak out regarding his friend’s death. Let’s hear what he had to say…

As per Rolling Stone, Graham Nash remembered his late collaborator David Crosby, who died this Thursday, January 19th, the year of our Lord, 2023, at the age of 81. Nash put out a poignant tribute which he shared via social media.

The message was posted alongside a black and white photo of Crosby’s guitar case next to “Willy Nash.”

“It is with a deep and profound sadness that I learned that my friend David Crosby has passed. I know people tend to focus on how volatile our relationship has been at times, but what has always mattered to David and me more than anything was the pure joy of the music we created together, the sound we discovered with one another, and the deep friendship we shared over all these many long years,” Nash wrote. “David was fearless in life and in music. He leaves behind a tremendous void as far as sheer personality and talent in this world. He spoke his mind, his heart, and his passion through his beautiful music and leaves an incredible legacy. These are the things that matter most. My heart is truly with his wife, Jan, his son, Django, and all of the people he has touched in this world.”