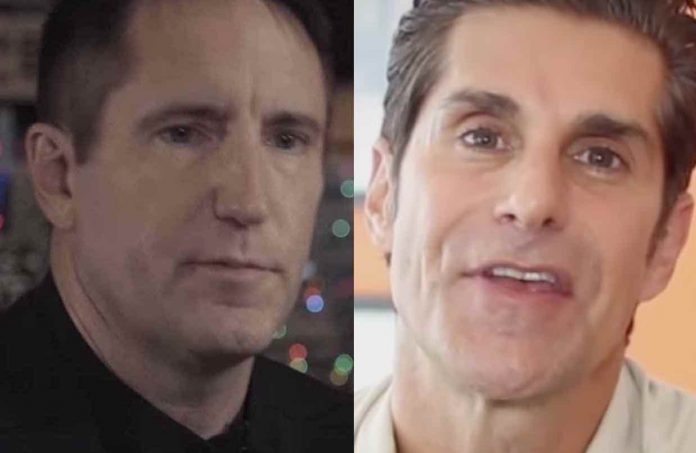 Before the NIN tour, Jane’s Addiction entered the studio with Trent Reznor producing, with disagreements between bassist Eric Avery and Perry Farrell blowing up the session. The band was only able to complete one new song called “Embrace the Darkness,” which the band refused to release at the time, instead opting to release new studio versions of the live songs “Whores” and “Chip Away” for the NINJA tour sampler.

Now for the first time time, a 10-second clip of “Embrace the Darkness” has surfaced on Rare Form Radio, with Dave Navarro giving Dan Cleary permission to play some of the song, which ad the working title “Laughing Beats.”

At the time Jane’s Addiction also recorded an instrumental titled “I’ll Protect You” that was never finished. After a 2010 Australian tour, Eric Avery quit the band and later gave an interview to fansite Xiola.org where he trashed Perry Farrell, claiming he ruined attempts at recording new songs, and mocking him for releasing a song called “I Like Em Big” the same day Jane’s Addiction were headlining Lollapalooza in 2009.