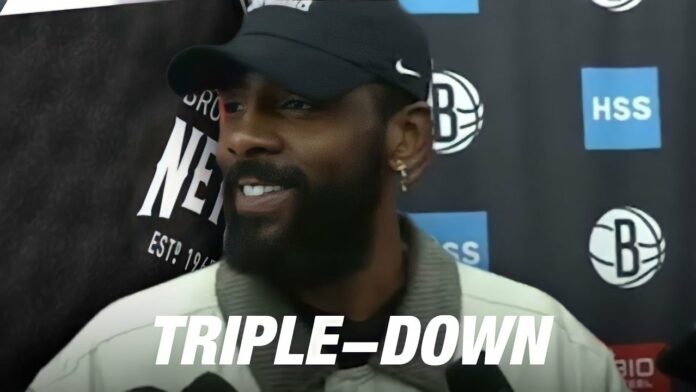 Kyrie Irving, Kanye West, and now Jaylen Brown have found themselves in a difficult position after taking stances, which, could very well be seen as antisemitic. Kanye West has since gotten back on social media since taking a harsh stance against the Jewish community and Kyrie Irving has come back to the NBA and apologized for causing harm to the Jewish community several times since a tweet was posted which hosted a link to a known antisemitic film on his Twitter.

Jaylen Brown also saw himself in the crossfire as well as he originally seemed to support a group that was cheering on Kyrie’s stance. Jaylen would then clear the air stating that he only thought it was a college fraternity coming together in light of the situation.

With Kyrie, upon his comeback to the Nets, after shootaround, when a reporter asked him for his views on the film, he would say: “Well (my intent) was to have a deeper understanding of my family heritage and where I come from. And when I said I meant no harm, I meant that. To learn about the lost tribes of Israel, to learn about Black history in a way where it’s not degrading anyone else’s history is important to me.”

Kyrie and Jaylen’s path in educating themselves on the topic even further is obviously much different than the route that Kanye West has taken as one of his first tweets back to the platform was a very tasteless “Shalom :)”

Special thanks to CBS Sports.

I was not aware of what specific group that was outside of Barclay’s Center tonight. I was celebrating the unification of our people welcoming the return of Kyrie to the court, first glance I thought it was a known fraternity the (C/Que’s) Omega psi phi (step’n) showing support