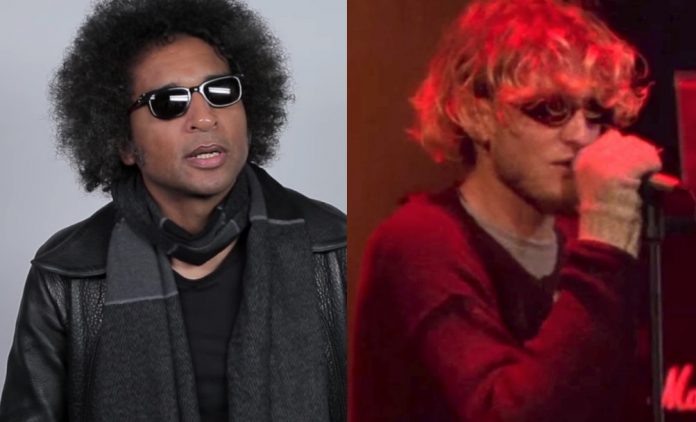 In a new Music Radar interview, Jerry Cantrell was asked about if William DuVall joining Alice In Chains after Layne Staley’s death. He mentioned that while Staley wrote a few great songs on guitar, William DuVall is a full fledged guitarist like himself.

Jerry: “No it didn’t change my style or writing. He’s his own unique dude and he’s got his own vocal sound. The way he writes and plays guitar is extremely different from me. Both rock so that’s cool but he adds elements of what he does but I’ve been doing things the same way for 31 years so I’m not really gonna change now. So I wouldn’t say it really changed anything about my writing style but it’s nice we can incorporate a lot more with William because he plays and he’s a really good guitar player. It gives us a little more opportunity.

“Layne started up guitar and wrote a couple of riffs and wrote a couple of really important tunes in our catalogue; Hate To Feel, Angry Chair and Head Creeps, those are the three songs that he wrote on guitar. And he would play a little bit but, actually, William is kind of like I am. We’re both guitar players at heart and we never intended to be lead singers. We were happy to be playing guitar, writing tunes and singing backups.

“He’s had a little more experience fronting his band than I had but we’re kind of cut from the same cloth in that respect just by circumstance. And this requires both of us to guide the ship vocally. Both of us will equally be the lead singer. Alice has always been a two-voice band and that’s why the transition works, because the mechanics work, even though the personnel has changed.”