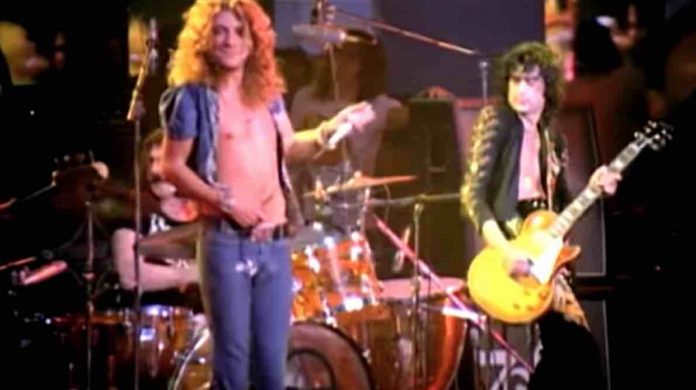 Led Zeppelin guitarist Jimmy Page revealed the heartbreaking truth about how he feels about John Bonham’s death after nearly 40 years, that he will ‘never’ stop missing him. He also shared his final photo with Bonham. A Led Zeppelin reunion tour has never taken place after Bonham’s death, as Robert Plant has refused to carry on without him.

Page wrote in a new social media post, “On this day in 1980, Led Zeppelin played Eissporthalle in Berlin.⁣ This was John Bonham’s last ever show. I’ll never stop missing him.⁣”

magick_of_zep commented, “We all miss Bonzo terribly, I think the band showed so much class in honoring him not to continue without him as Led Zeppelin, And again honoring him using Jason. When all are one and one is all, to be a rock and not to roll!”

Page also recently wrote, “On this day in 2017, I attended the opening of the Alma-Tadema exhibition at the Leighton House Museum in Kensington, London.⁣
⁣
The decadent Leighton House Museum is the former studio-house of Frederic Leighton and his legacy and life story is remarkable. In 1855, Queen Victoria bought his first major painting and twenty years later he became the President of the Royal Academy of Arts. Just before his death in 1896, Leighton was ennobled and became Frederic, Lord Leighton, Baron of Stretton (the only British artist to have been awarded this honour) and he is buried in St Paul’s Cathedral.⁣
⁣
Leighton House is one of the most remarkable buildings of the nineteenth century. It contains a fascinating collection of paintings and sculptures by Leighton and his contemporaries, including works by John Everett Millais and G.F. Watts.⁣
⁣
Building work started on Leighton House in 1865 and over several decades it developed into Leighton’s private palace of art, featuring the extraordinary Arab Hall, which was inspired by Leighton’s explorations of Turkey, Egypt and, in particular, Damascus in Syria. With its golden dome, intricate mosaics and walls lined with beautiful Islamic tiles, the Arab Hall is a turquoise jewel in the heart of West London and a must-see.⁣
⁣
Find out more @leightonhousemuseum and if you have the chance to visit this extraordinary piece of Victorian history tell them who sent you!”

Jimmy Page shared a Robert Plant video yesterday where his voice embarrassingly cracked during a performance.