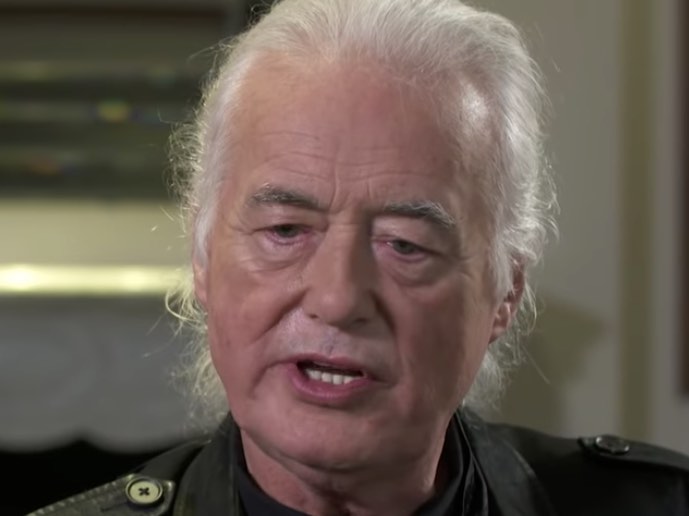 Led Zeppelin’s Jimmy Page and his girlfriend, poet Scarlett Sabet recently gave a talk about their work together at a dinner in the Library of Congress in Washington, D.C. on September 9.

Ozzy Osbourne tried to get Jimmy Page for an album

Ozzy Osbourne recently confirmed that he had once attempted to get Jimmy Page on board to make an appearance on his new album “Patient Number 9”. Due on September 9, “Patient Number 9” features guest appearances by several other legendary guitarists, including Jeff Beck and Eric Clapton. Osbourne speculated that Jimmy Page is retired from playing guitar.

Speaking to Metal Hammer magazine, the Black Sabbath frontman said that the Led Zeppelin legend never got back to him when approached to record a guest solo for the record:

“I don’t even know if he plays any more, but I thought getting Eric Clapton, Jeff Beck and Jimmy Page meant having the greatest guitarists on the planet,” Ozzy said. “But I never heard from him. Maybe he’d lost his phone or something.”

Red Hot Chili Peppers drummer Chad Smith, is also a part of “Patient Number 9”, previously talked about Page’s non-appearance on the LP this past April during an appearance on the “Talk Is Jericho” podcast. At the time, he said: “We tried to get Jimmy Page — we tried to get the holy trinity — but I don’t think Page plays anymore too much, unfortunately.” (Clapton, Beck and Page are all former members of The Yardbirds).

Jimmy Page and Scarlett Sabet gave a talk about their work together at a dinner in the Library of Congress in Washington, D.C. on September 9 https://t.co/0jxjYxQNMv pic.twitter.com/CWf14NmpmM