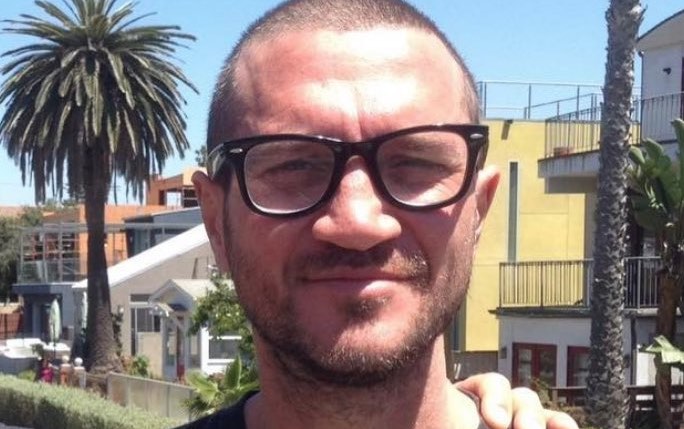 “I hope he doesn’t mind me telling this. Years ago when I was in the Red Hot Chili Peppers, I was in the band for 4 or 5 years, John had quit the band and ended up in rehab. He ended up in the same rehab that I went to, so he reached out to me: ‘Hey man, I’m stuck in here, can you bring me a guitar? I have nothing to play here.’

So I had a Sunburst Les Paul guitar because I was considering joining Guns N’ Roses at the time. I got asked to join Guns N’ Roses, and it wasn’t the right time for me, I was strung out on drugs or whatever, so I was like, ‘I’ll loan you this Les Paul man.’ So I brought the Les Paul to the facility, we hung out, we talked a little bit, and I never saw it again. I think he left the facility, who knows what happened. So life goes on, I end up leaving the Chili Peppers, I don’t know where John is.

The long end of the story was like 10 years later John calls me and is like, ‘Hey man, can I come up to your house?’ I said, ‘Yeah sure of course, come up.’ I give him the address.

He comes up, knocks on the door, and has a guitar case. It’s not unusual that a guitar player would bring a guitar to a guitar player’s house. He opens it up, and it’s a black Les Paul. He goes, ’I just wanted to give this to you because years ago you gave me a Les Paul and I sold it and bought drugs with it, and I just want to make it right.’ I was like, ‘Wow man.’

We sat and talked for a couple of hours. It was a cool moment. So that black Les Paul is at my house, I love that he tried to make amends with that. In a weird roundabout way, the black Les Paul that he replaced it with is more special than the original one was.”