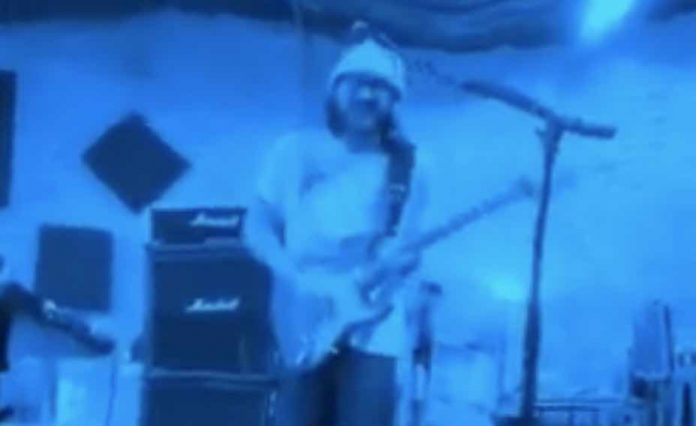 Could we see new Red Hot Chili Peppers content appear on the horizon soon? It certainly could appear that way as on Instagram, one fan account posted a new video of Red Hot Chili Peppers guitarist John Frusciante playing a sick new solo. It is unclear at this time what context this solo is for. The social media post was added with the following translated caption, as a fan reuploaded the video as RHCP are frequently uploading and deleting it:

“The second-best news of the year ..only loses to the movie Valhalla de Container blue that premieres this month!! Welcome Frusciante, RHCP, and Container blue”. It should be noted that ‘Container Blue’ is irrelevant within any context to the Red Hot Chili Peppers or Frusciante himself.

The Red Hot Chili Peppers, recently announced a global stadium tour that will begin in Seville, Spain on June 4th and conclude in Arlington, Texas on September 18th. A multitude of high-profile opening acts will be on hand during this tour including The Strokes, St. Vincent, and A$AP Rocky. The band’s last studio album was 2016’s The Getaway which featured such singles as “Dark Necessities” and “Go Robot”.

Jose_Rnt stated on the social media platform: “I don’t know if this could mean that the rumors aren’t true or simply that, although we’re really getting Black Summer on Friday supposed artwork is fake. Or… would the band release an album cover with similarities with an existing and well-known one? If I’m not wrong, Silverchair even happened to open for the Chili Peppers in the mid-90s.”

However, the majority of the community didn’t get the connection between the two as one fellow Reddit user -ique___ “They’re just neon lights, dude. Also, I don’t think that the leaked stuff is the album cover, maybe it is the single cover or a still image of a music video.