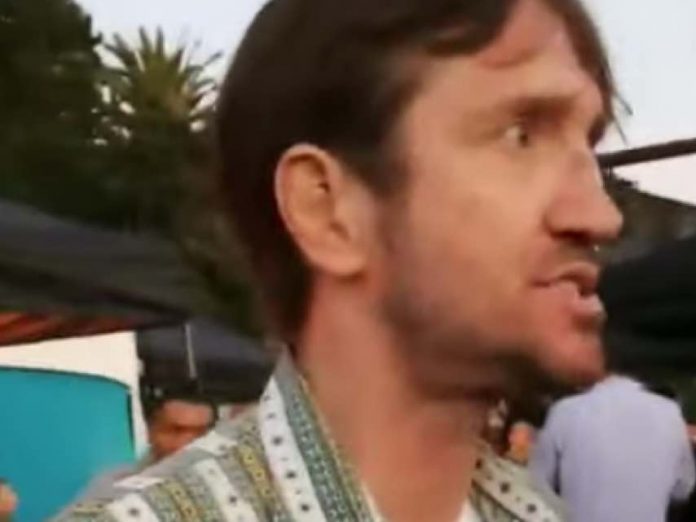 Red Hot Chili Peppers had desired to do a massive double album in 2022. Keeping all the issues in mind, they eventually did it as two separate records. One of the songs from the second record this year, “Return of the Dream Canteen,” paid tribute to Eddie Van Halen.

Simply titled “Eddie,” it also featured a John Frusciante solo that was obviously inspired by the legendary 6-string innovator. At the same time, Frusciante kept true to himself, all while subtly reminding us of Eddie.

John Frusciante opens up on the matter

However, as he explained in a recent interview for Guitar Player, things weren’t going smoothly in terms of writing and recording. Looking back on recording these two records in one massive run, Frusciante said:

“When we’re in the studio and between takes, I’m always doing things, like two-hand tapping. The engineer hears it all the time; I’ll play really flashy stuff during breaks. But when it comes to recording, I’m doing what I think is right for the song, and in most cases that doesn’t involve playing really flashy. But it is something I enjoy.

“Doing that solo was a mind f***, I’ll tell you that. And it was the last solo that I did out of all the solos on the 48 songs we recorded.

He further added that he almost gave up on the whole thing and even considered “cutting the solo entirely.” Fortunately, he managed to pull it off. Frusciante explained:

“I was trying for a while, and I wasn’t happy with anything I was doing. I was either going too far in the Eddie Van Halen direction, to where it was too busy and there was too much two-hand tapping and it didn’t sound like me, or I was just doing it and it only sounded like me… in a song about Eddie Van Halen.”

“I stopped being self-conscious about the idea that the song was about Eddie Van Halen and just did what was natural. We were recording, and I took maybe a 15-minute break. And when I came back in, I just did the whole thing, like I said, in one take.”

Elsewhere in the interview, John also briefly reflected on Eddie Van Halen’s unique style and what he finds so “exciting” about it. He said:

“There are also the parts of his style that don’t involve playing fast, that are just really exciting to me – playing in a way that feels spontaneous, or when you hear feedback because he recorded his parts in the same room as his amplifier. To this day, those things give me chills.”