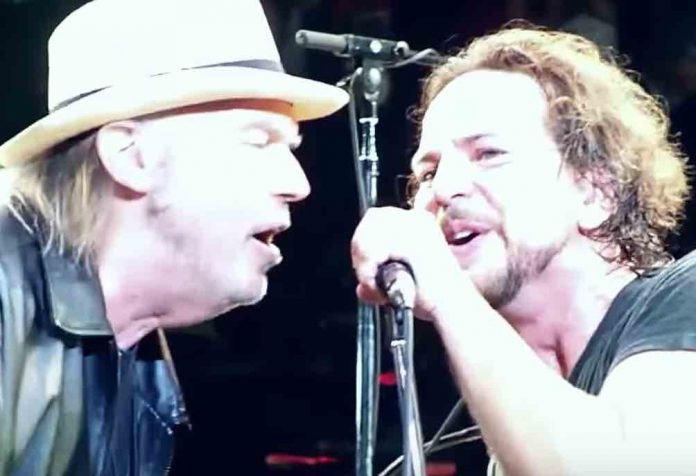 Eddie Vedder revealed on The Howard Stern Show earlier this week how Neil Young told him to not quit Pearl Jam in the 90’s. Eddie also discussed Kurt Cobain’s feud with Pearl Jam.

While many bands like Nirvana, Alice In Chains, Soundgarden, Stone Temple Pilots, and The Smashing Pumpkins dealt with departures, deaths, and breakups by the end of the 90’s, Pearl Jam managed to stay together. Alternative Nation transcribed Vedder’s comments.

Vedder remembered, “Well he took our whole band under his wing. Everything he taught us at the time resonated, and it came at a time where we needed to be taught. We needed a north star. I remember one time we were at the ranch, at his place, and we took a walk, and it’s kind of that famous fence line Everybody Knows This Is Nowhere.

Smoking a joint, and we sat down by this kind of pond, and he said, ‘Hey, just so you know, there might be some people that will try to pull you away from this group. But you guys, the sum is greater than the parts. Remember that.’

He said, ‘I’m sure sure that’s already happened to you.’ I thought, ‘No, I’m good with these guys. Actually no. Nobody has singled me out yet.’ (Laughs)”

Stern responded, “I like the advice from the guy who left Crosby, Stills, Nash, and Young.”

Vedder said he realized that a few years after the fact. Vedder will debut new material at a show with Adam Sandler later this month.