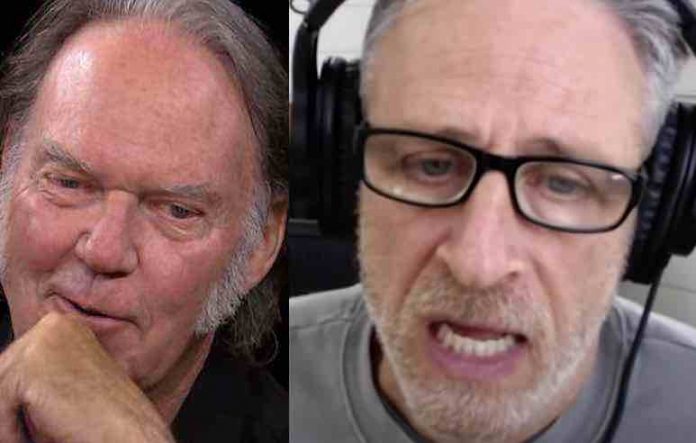 Neil Young has been in the news lately for a bunch of things. One of those things is a controversy that was created between him and Joe Rogan. Many originally thought that Neil Young was after Joe Rogan specifically, but it looks like he’s also after anyone who is voicing a harmful opinion to the masses.

This all started when Neil Young caught word of Joe Rogan having guests on the show that made it seem that Covid wasn’t as big of a problem as it truly has been in the media. This didn’t sit well with Neil Young. In fact, the legendary rocker asked for all of his music to be removed from the streaming platform Spotify. Spotify obliged and took down all of the music that the artist has ever made. Due to this, more and more artists have also sided with Neil Young asking for their music to also be taken down. Some artists, have not been able to take down the music but still stand with Neil Young, but need their music to be up on streaming platform so they can continue to make an income.

Fast forward to now and everyone is throwing your hat into the ring when it comes to this big controversy. One person is Jon Stewart the former host of ‘The Daily Show’, who was recently questioned about the saga in an interview, as transcribed by Alternative Nation.

He stated: “First off I love Neil Young and I love Neil Young‘s music, but the idea that it was worth $4 billion to Spotify? It caught me a bit off-guard. That’s all I’m gonna say. Listen, I’m a ‘Cinnamon Girl’ fan as much as the next guy. Buffalo Springfield? Sure. I’ll sing that while watching Vietnam documentaries. When he pulled his music off Spotify and Spotify went down – that caught me off guard.”

He continues: “I would say this, don’t leave, don’t abandon, don’t censor, engage. I’m not saying that it’s always going to work out fruitfully, but I’m of the mindset that engagement, especially with someone like Joe Rogan – who is not in my mind an ideologue in any way.”