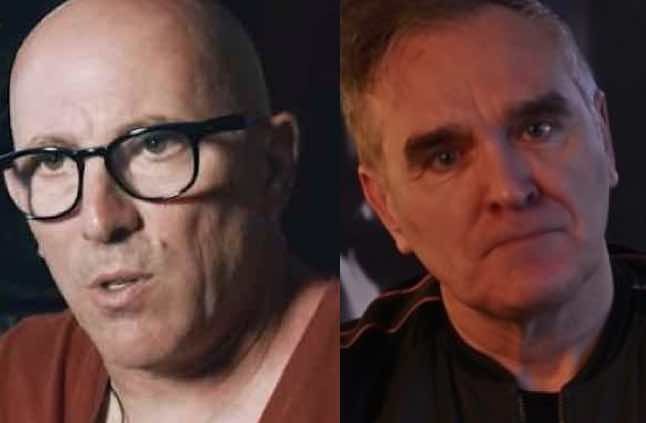 Tool singer Maynard James Keenan recently posted a sad shirtless photo of Morrissey, as seen below. Maynard James Keenan is a rather healthy person who has gone on record to explain how he takes care of himself to a big degree. What happens when he isn’t the healthiest member of the crew? It looks like that may be the case as Tool gears up to shake the world and the stage yet again.

In a recent interview with Theprp, guitarist of Tool, Adam Jones came forward with some health news about Maynard that many are not aware of. Adam went over the routine of the band and how they come up with what they will be doing at each of their shows on tour.

According to Adam Jones, he had the following to say: Well, you always want to do something you haven’t done in a long time. You always want to break the routine, make it more interesting for yourself, and there is a lot of negotiating that goes into it, but it ultimately comes down to Maynard [James Keenan, vocalist.]”

Adam continues as he states about health issues that arise in the band and with Maynard from time to time that can sideline any of their shows: “If I’m sick and have a 100-degree fever, I’m nauseous, I have the flu, I can still play, but for Maynard he wouldn’t be able to sing. So, we give him the last word to make sure he can do the show if he’s not feeling well. But the set this time is pretty incredibly, we’re doing some old school stuff and we’re really happy about it, some old and some new. It should be good.”

It’s always great to hear about a band who are all the same page so heavily that they know what they can and can’t do without one another. This is one of the elements that makes Tool such a loved band.