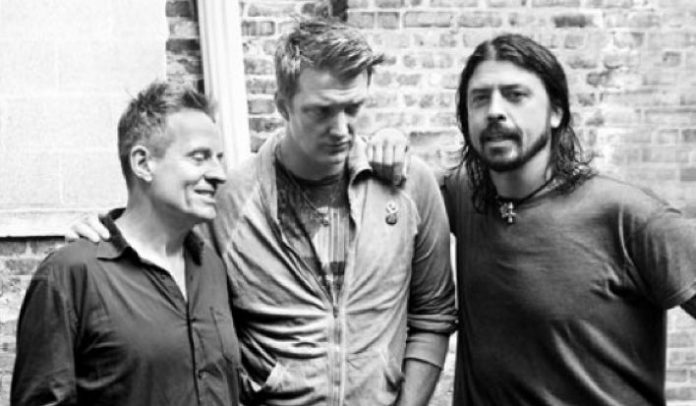 Queens of the Stone Age singer Josh Homme said he doesn’t like reunions or sequels in a new Dean Delrey interview. He was talking about Kyuss, but this would apply to Them Crooked Vultures as well.

“I don’t like nostalgia very much because we’re not there anymore, and it makes me sad, it’s like turning around the whole time and just looking backward.”

I know that, it’s obvious because you didn’t do the Kyuss thing a million times.

“And I’ve always had a thing – no reunions, no sequels. For a second I considered it because it ended so perfectly. Sometimes to preserve something, you must destroy it. And then that’s all it can be.

“But it was unfortunate, this is the exact example of why you don’t do a reunion. It’s just my opinion. It’s not what it was, it’s what it is now, that’s important. And you can’t make something what it was, no matter how hard you try.”

That’s what I keep telling people, even if they got together and did it, it’s not gonna… I was there, I was at those shows, and I would say, ‘Go find your new Kyuss – or become it.’ But it’s not going to deliver what it delivered to me because it was new, it was radical, and we were young. But I’ve had that numerous times in my life with other bands by seeking new music and finding the new sound, and the new song, and the new singer…

“I don’t know, it’s OK to let things go and let them be. And if something has a wonderful legacy, that’s such a gift to have. You don’t want to mess with that. And the guys were never about money, never.

“That’s where I learned to turn things down because it’s like, ‘You can’t buy me!’ But that has permeated and been instrumental in my life, and so to do it now for dough or something, it’s just like the fundamental first step is off. I thought I considered it a little bit for a second because I wanted to repunctuate the end.”

Because it ended ugly.

“Yeah, and that was the only consideration. I was like, ‘Oh, fuck. We have put a period at the end of this.’ Rephrase the end of that sentence because to try to see if you can get it closer back to what it was.

“But then I was like, ‘No, it’s okay, even that is what it’s supposed to be, that was for money.’ That’s not what Kyuss was about so you can’t take that step. How about we all give the money to charity? If we do it, I’ll do that. You want my yes? That’s how you get it.” Ultimate-Guitar transcribed his comments.