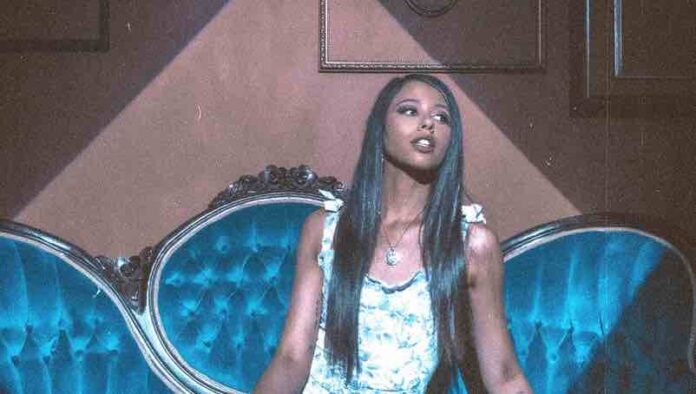 Multi-talented Musician, Actress and Model, Kaleigh has just dropped a brand new single and we’re buzzing about it and hope that the same can be said for you.

Kaleigh comes through with hard rocking new single and music video “Situationship”, which came out on November 4th. A newer star to the scene, Kaleigh has totally embraced a heavy alternative, punk-infused sound while also opening up with raw, emotionally charged lyricism – and she does it extremely well.

When asked about the newest single, she stated: “Have you ever been in less than a relationship, but more than a friendship with someone? Well, me too. ‘Situationship’ is about being frustrated as you are stuck in the in-between with someone you’ve come to care about.”

So true. The song is incredibly relatable and seems to not only touch on things that Kaleigh has had to go through, but it seems intwined with human nature at its core.

She continued: “Too often these days, people are quick to trade a good thing for a good time. Others are so damaged by their traumatic pasts that they keep themselves from truly moving forward or falling in love once again. ‘Situationship’ is a therapeutic, anger-release of all that pent up emotion that we hold back to keep from scaring someone off. Let’s let it go together.”

It couldn’t have been said much better. She totally gets the mental health aspect and seeing more music come out daily; we get to see more musicians such as Kaleigh supporting mental health and being totally real about what they have had to go through to get to where they are now mentally.

She closed: “The negative effects of casual dating and the widely accepted ‘Situationship’ are felt equally by the Millennial, Zillennial, and Gen Z populations. This song highlights one’s ability to reclaim their power and decide that this type of lifestyle simply isn’t the right fit. The rock genre has always been about stepping outside of societal expectations and generational norms, Situationship is about doing the unexpected in an era of instant gratification and emotional unavailability — reverting to the old-fashioned, slow-burn kind of love.”

The song itself is incredibly well-done. In fact, it’s the current November pick. The drums and guitar in this track are very well done and fit very well with Kaleigh’s voice. Her vocal mannerisms are a really cool throwback to the Linkin Park and Incubus driven rock era, but also with an updated curve through the guitar work which starts the track almost with a current generation Math-Rock vibe.

Not only does the track speak for itself, but Kaleigh is ahead of the curve with the current way of rock music. Rock comes in waves, but if asked personally; I would say that rock music is due for a resurgence in the sound of Linkin Park and Incubus along with other bands from that era. It may just be Kaleigh who starts that off. This song considered? She is off to a really great start.

Check the track out below.