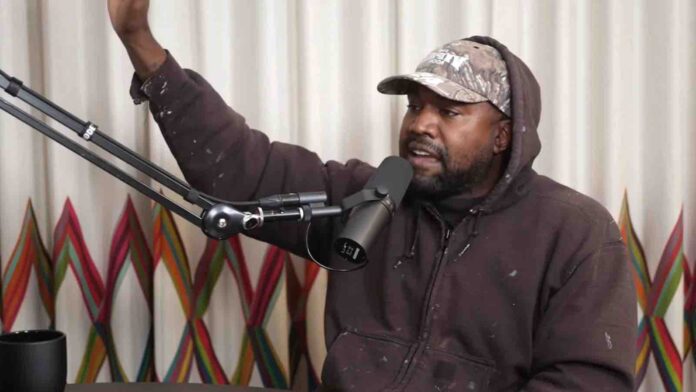 One of my least favorite persons on earth – the instigator of annoying, the man who argues for a living, heaven help his wife, Ben Shapiro pays Kanye “Ye” West? It would appear that Benny boy felt sorry for Kayne and threw him a buck or two – or perhaps several thousand. My opinion on “Ye” may have changed over the past few hours, considering the video he put out on social media regarding how the media “pulls the plug” on you if you don’t conform. But Ben Shapiro, even if you have donated to Kayne’s cause, you’re still a nagging whiner.

You know what they say

Spelling’s not my core competency when I’m sleepy

Shapiro starvingly accepts $100,000 from one of my opponents then tries to trash me pic.twitter.com/Bgzoqp19Xr

According to The Hill, Former President Donald Trump, star of WWE WrestleMania IV and V, this past Saturday said “Ye”, the rapper formerly known as Kanye West, is a “seriously troubled man” whom he was trying to help. Wow. Even Trump is turning on his former supporter. That is a low blow. Trump also blamed the controversial rapper for a dinner in which Trump says Ye brought along a known white supremacist. This is shocking news. Wether real news or not, who knows anymore. So, take it with a very small grain of salt.

Trump said on “Truth” Social that Ye brought far-right activist Nick Fuentes (I think I’ve heard of this guy. Not sure though) to the dinner on Tuesday night and that he did not know who Fuentes was. See, Trump doesn’t know who he is either!

“So I help a seriously troubled man, who just happens to be black, Ye (Kanye West), who has been decimated in his business and virtually everything else,” Trump wrote, “and who has always been good to me, by allowing his request for a meeting at Mar-a-Lago, alone, so that I can give him very much needed ‘advice.’” He probably threw West a buck or two too. But again, who knows. Only the Truth Media I’m sure.

“He shows up with 3 people, two of which I didn’t know, the other a political person who I haven’t seen in years,” the former president added. “I told him don’t run for office, a total waste of time, can’t win. Fake News went CRAZY!”

I personally think West should run for office. Right now he’s got the heat he needs to catapult him into the spotlight where he can become a star-President – first of his kind.