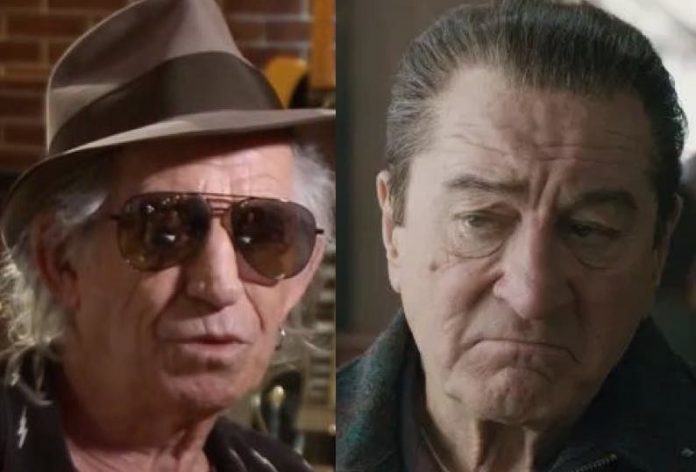 The Rolling Stones guitarist Keith Richards allegedly indirectly influenced a major actor’s drug use, according to legendary baseball player Lenny Dykstra on Artie Lange’s Halfway House recently. Dykstra claimed that he got cocaine for Robert De Niro, and used the Keith Richards ‘recipe’ to tell him how to use drugs. Alternative Nation transcribed his comments. Keith Richards was accused of ‘drunk driving’ in his younger years by a big name last week.

“I’m in St. Barts, and there’s two presidential suites only in this island. I’m in helicopter and pussy right and left. This is in the 90’s. So I see this kind of nice looking African American woman walk by, so then the next thing I know one day I’m coming back, and all of a sudden De Niro sees me, and he says, ‘You look like you guys are having fun over there.’

One thing led to another, I could tell where he was going. I said, ‘Do you want to hang out with Richards?’ He said, ‘What?’ I said, ‘Do you want to go north?’ He said, ‘Is it any good?’ So the next thing I know we’re in his bathroom, and before I can get the bag open, bing, bang, boom. So there’s a restaurant there, he’s sending me over $800 of wine. He says, ‘Call me Bobby D.'”

“I said, ‘If you’re gonna do this, if you wanna hang out with Keith, Keith is better at night. Play his albums.’ Look, I figured out the recipe, here’s the recipe, you take amphetamines during the day. I told Bobby D, ‘You take these during the day, because it’s like a plane where you want that smooth up, then you level out.’ Then I said, ‘Make sure you have a Xanax too, because you might want to cut it. Then when it gets dark, that’s when you bring out Richards’ greatest hits.’” Keith Richards using heroin with a famous model was detailed last week. De Niro denied Dykstra’s claims a few years ago.