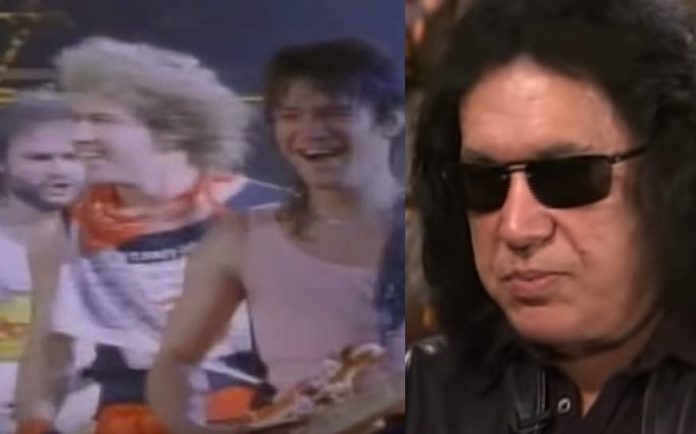 Former Van Halen frontman Sammy Hagar recently posted a photo with a friend in a KISS shirt with one of the hashtags being: ‘#What’sWithTheKissT-shirt😂’ Gene Simmons recently took a shot at California bands like Van Halen in comparison to United Kingdom bands. A new article called out Simmons for shortchanging bands like Van Halen and Guns N’ Roses, but he doubled down on his opinion. KISS are currently on their ‘End of the Road’ tour, while there have been rumors of a Van Halen reunion tour with the lineup featuring David Lee Roth, Michael Anthony, Eddie Van Halen, and Alex Van Halen.

emf_1177 responded, “@wellsmichael416 Agree! And it’s classic retro. Not quite sure what’s on @sammyhagar ‘s shirt though. 😃”

Sammy Hagar then wrote, “@wellsmichael416 ok ok I get it just saying😂”

When it’s golden brown or darker👌 Flip it over do the same. Butter, syrup or jelly of your choice #enjoy #upforbreakfast #frenchtoast #goodmorning #arewehavinganyfunyet #badassrecipe.”

A Van Halen icon recently made a heartbreaking Jimi Hendrix claim. Hagar also posted a new car video from hanging out with Green Day drummer Tre Cool, and fans quickly pointed out that he can’t drive 55.