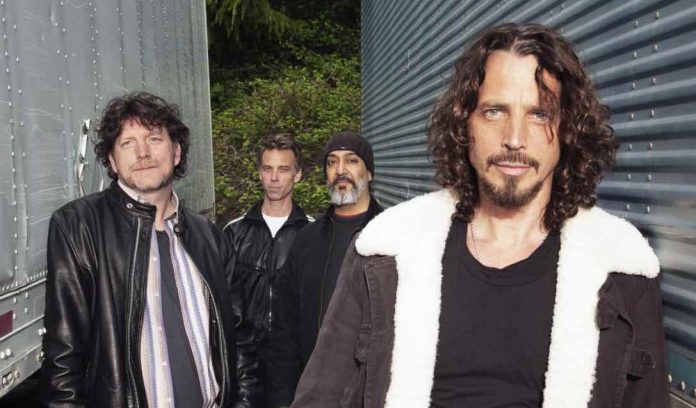 Kim Thayil has confirmed in a new Rolling Stone interview that Soundgarden are working on new songs that they were demoing for a new album at the time of Chris Cornell’s death.

Thayil said that a consideration when it came to the Chris Cornell career retrospective, set for release on November 16th, was to make sure that the contents of the compilation stayed out of the way of some future projects that might eventually see release, including some new, unheard Soundgarden songs the band was refining at the time Chris died.

“We were working on an album before everything came to a head, so we have some pretty strong demo material that we’re still trying to finish developing and accessing some of the recording material, to be able to flesh it out,” Thayil says.

He said he remains in contact with Matt Cameron and Ben Shepherd.

“I talk to Matt all the time. We text, we’ll go out to dinner together with family,” Thayil says. “Ben and I will text out of the blue. We have so many mutual friends in common that we tend to cross over and see each other.”

Fans have long clamored to know what the fate of Soundgarden’s unfinished followup to 2012’s King Animal would be. It was expected to be finished and released by the end of 2017, but tragically Chris Cornell’s death ended those plans. Cornell said in his final red carpet interview in April 2017 that Soundgarden’s new album was his top priority.

Members of Soundgarden had said in interviews that the band had six new ‘strong’ songs. Cornell also has unreleased material with Audioslave, which Tom Morello has said he hopes to see released someday. An unreleased Chris Cornell solo track called “When Bad Does Good” was recently released, featuring a few lyrics from the Soundgarden song “By Crooked Steps”.