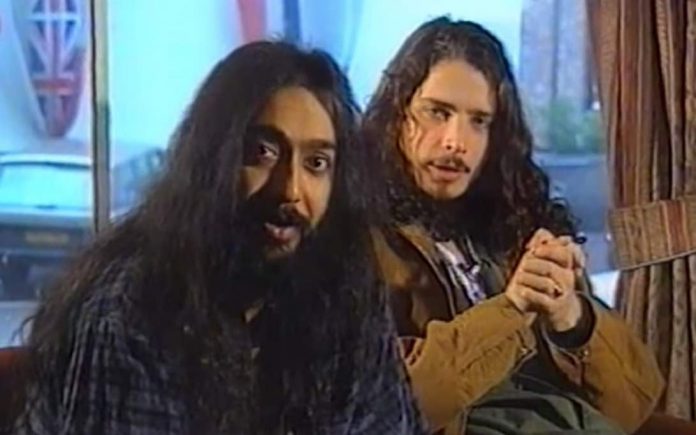 Thayil’s tone sharpens with anger when he references “the cockamamie ideas floating around out there” — conspiracy theories that hit the web after Cornell’s death, such as speculation the singer was murdered because he was about to expose a pedophile ring.

“The fact of the matter is there was nothing that would suggest this outcome,” he says.

Chris Cornell’s widow Vicky, who has dealt with disgusting harassment and threats from people online since the death of her husband, discussed conspiracy theorists in a March 2018 Twitter exchange.

Someone tweeted to Vicky, “Yes! ATIVAN did NOT cause his death. It IMPAIRED his thinking, personality, suicidal ideation. He was NOT coherent to make the right choices. As a REGISTERED NURSE X26 YRS, I know this about ATIVAN. I’m so sick of trolls questioning Vicky. LEAVE HER ALONE.”

Vicky wrote back, “Thank you so right and I will no longer be answering trolls and conspiracy theorists. Too much energy and oddly the one that was typing away all about my husband wasn’t following either him, Soundgarden, Temple or Audioslave….. odd for a ‘fan.’”

Vicky Cornell told Detroit News in May 2018 that the “botched investigation” led to “all sorts of false accusations and subjected me to constant online attacks.” “This has left me and my family still looking for answers, but at the same time, set off this whirlwind of conspiracies,” she said. “Some of the people are just fans looking for answers, but some of them are conspiracy theorists who have said the most vile things to my children and me.”

She focused on the autopsy report statement that “drugs did not contribute to the cause of death.”

“The poor choice of phrasing has misled the public to believing he was of sound mind and body,” she noted. “So some conspiracy people think if Chris wasn’t impaired, [and because] he would never have killed himself, and so he must have been killed — and then they start getting into the rest of the holes.”