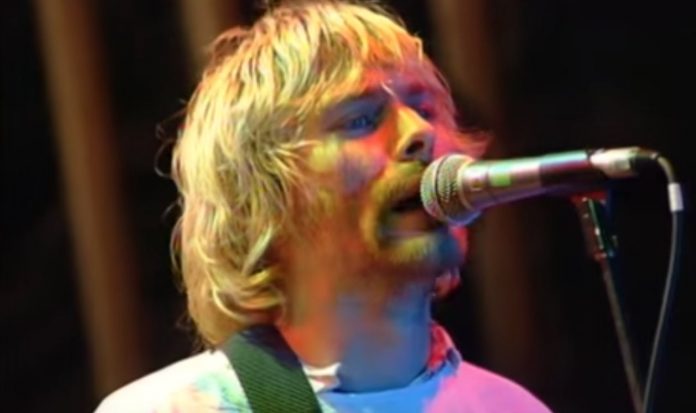 A broken Kurt Cobain guitar pedal used on Nirvana’s ‘Nevermind’ tour in 1991 has sold on Julien’s Auctions for $8,960.

The auction stated, “An orange Boss DS-1 Distortion pedal used by Kurt Cobain on stage while performing with Nirvana on their Nevermind tour at Club Babyhead in Providence, Rhode Island, on September 25, 1991. The pedal has red tape all over the bottom to secure it to the stage. Accompanied by a signed letter of authenticity from Jeff Toste, an audience member, who states that Cobain was having technical problems during the show and smashed the pedal on stage, then threw it into the crowd. Toste was the recipient of the discarded pedal.”

A signed Kurt Cobain album sold for $10,240. The auction said, “A copy of Nirvana’s 1989 Bleach CD cover signed by Kurt Cobain, who has signed “Kurdt” in gold marker. Cobain has also added some inscriptions and drawings to the CD. The cover is housed in a frame with the actual CD and inserts, a plaque that reads “April 29 1990 Nightclub 9:30 930 F St NW DC,” and images of Nirvana backstage and performing. Accompanied by a copy of a letter from Johnny Riggs, band member of THUD, for which Nirvana and Loop opened on April 29, 1990, at the 9:30 Club in Washington, D.C. Riggs states that he asked the band to sign some things, and Cobain signed the Bleach CD for him.” 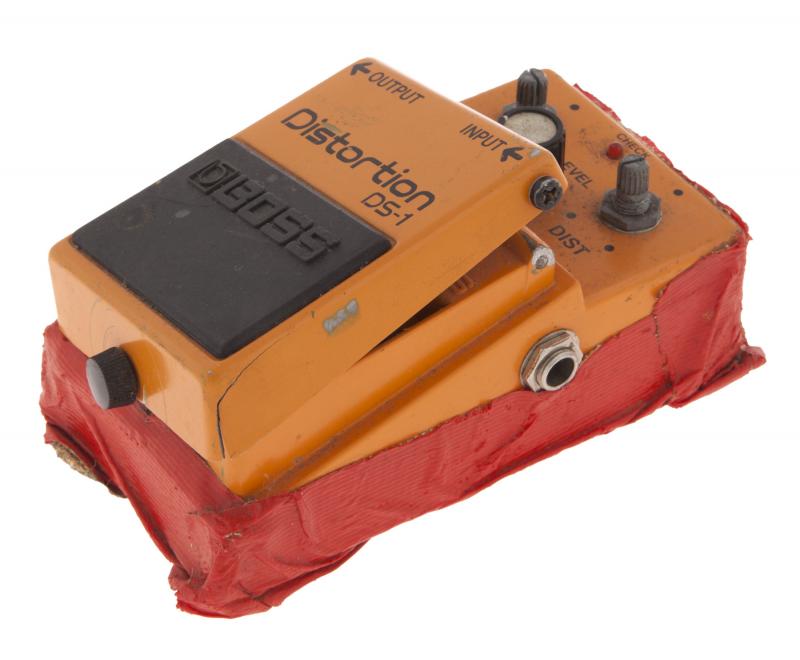