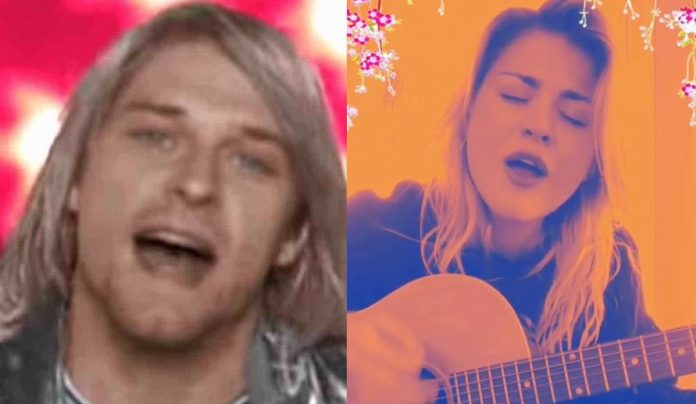 Legendary 90s’ fashion designer Marc Jacobs has responded to Kurt Cobain’s daughter Frances Bean Cobain and widow Courtney Love suing him for allegedly ripping off the Nirvana logo for a new Grunge fashion line ‘Bootleg Redux Grunge,’ The Blast reports. Jacobs said he first launched a Grunge line in 1993, which Love influenced, yet trashed in the press. He also said Love appeared in his advertising campaigns and at his shows over the years. Frances Bean Cobain modeled for him in 2017. Jacobs wants the la

The docs state, “The collection was considered groundbreaking in the fashion world, because it brought together high fashion and streetwear on the runway in a way that had never been done before. The debut of the SS93 Grunge Collection is now considered to be one of the most influential runway fashion shows of the 1990s.”

Jacobs says that “in 1994 Marc Jacobs met Courtney Love and Frances Bean Cobain (then two years old), the daughter of Ms. Love and the then-late Mr. Cobain, beginning a personal and professional relationship with both women that endures to this day.”

The collection “included a one-time production run of a limited-quantity capsule consisting of the three new products that are the subject of this lawsuit: a t-shirt, sweatshirt and pair of socks with a smiley face that had the letters MJ as eyes and the word ‘HEAVEN’ above it … The design was inspired by vintage Nirvana concert t-shirts from the 1990s – the era of ‘grunge’ fashion.”