The Nirvana Bleach album and tour are discussed along with the legacy of Kurt Cobain in a new Yahoo oral history piece.

JASON EVERMAN (ex-Nirvana, ex-Soundgarden): The whole thing was weird. I left Nirvana [after] I realized I wasn’t going to be allowed to participate in songwriting [or be] anything more than a side guy. It wasn’t my band. I’m the kind of guy where, one or two songs per record, a riff here or there, and I would have been sated. [When I] got back to Seattle following that U.S. tour, honestly, I felt kind of relieved, knowing I was out of the band. It got stressful towards the end [of the band’s tour with Tad tour].

KURT COBAIN: I was so nervous [at our first show], I vomited. I don’t think the wine I drank helped. It was red wine, like blood. They thought I was Kiss.

The KISS ‘End of the Road’ tour has been praised by many fans, but also ripped by the likes of Motley Crue, who have accused the band of ripping off their own farewell tour and of allegedly lip syncing. Kurt Cobain and Courtney Love’s daughter Frances Bean Cobain shared a photo from the KISS show in Los Angeles at the Forum earlier this year, and stated that she loved the show. She also thanked Gene Simmons’ son Nick for attending with her with a heart emoji.

“Thank you Nick Simmons for sharing this experience with me. What a fun night.”

Frances Bean Cobain also recently told RuPaul about Kim Kardashian, “The reality is though that the people who give my art, music or voice a chance, I think what keeps people interested is it’s not replicating somebody else’s thing. Like some people like to talk about ‘their brand,’ right? My brand is authenticity. That is what I’m trying to provide in the service of this world because it’s so very lacking in the age of the Kardashian. And it’s fine, [Kim Kardashian and her family] fill that very specific role for a reason but everything is so saturated, filtered, conceived and what people are really thirsty for, I think, in an artistic way is being able to see people for who they are and all of the messy bits involved.” 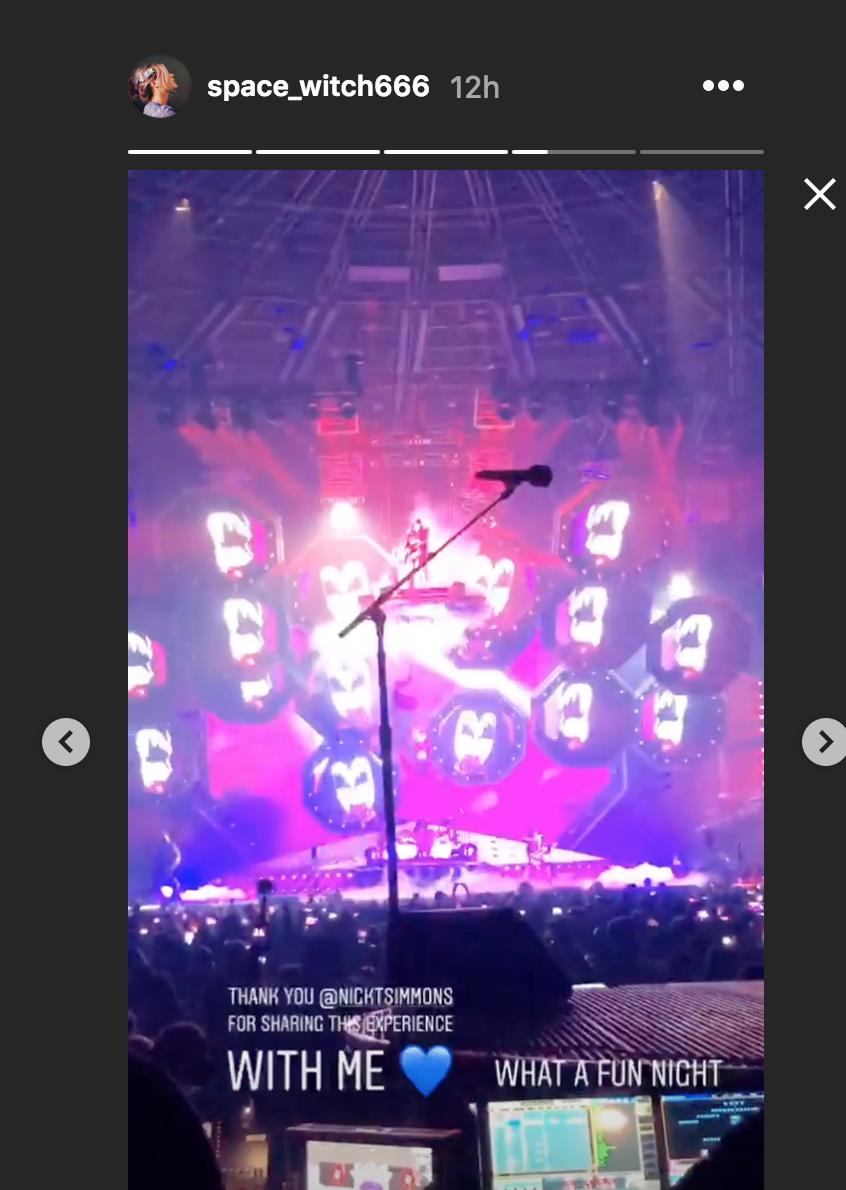