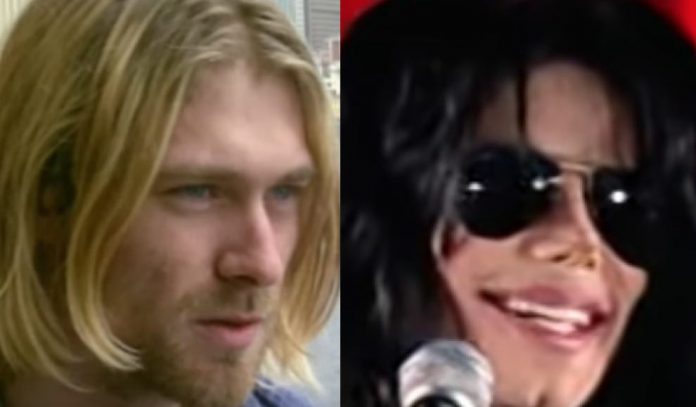 The late Nirvana frontman Kurt Cobain’s guitar which he played in the band’s iconic “Smells Like Teen Spirit” music video is set to be publicly sold for the first time at auction, alongside Michael Jackson’s personal items. It was recently announced as an additional “Music Icons” headliner. The guitar and other Cobain items will also be on display at the press preview at Julien’s Auctions in Beverly Hills.

Kurt Cobain guitar will be auctioned

Julien’s Auctions will present the electric guitar that changed the landscape of music. The guitar is one of the most important and iconic guitars owned and played by Kurt Cobain that will ever be sold at auction. The conservative starting estimate of Cobain’s 1969 Fender Mustang left-handed guitar in Competition Lake Placid blue finish with matching headstock is $600,000 to $800,000.

In honor of the upcoming Mental Health Awareness Month in May, a portion of the proceeds from the auction of this legendary guitar and select Cobain items will benefit “Kicking The Stigma”, the Indianapolis Colts and the Jim Irsay family’s national initiative to raise awareness about mental health disorders and to remove the stigma too often associated with these illnesses.

“Music Icons: Julien’s Auctions” will present over 1,200 pieces of music artifacts and memorabilia used by some of the world’s greatest artists and legends of all time and will preview highlights at their famed gallery in Beverly Hills before heading to Julien’s three-day auction taking place Friday, May 20, Saturday, May 21 and Sunday, May 22, 2022 live at the Hard Rock Café: New York and online at juliensauctions.com.

Kurt Cobain replied to allegations against Michael Jackson in a 1993 MTV interview: “We no have right to even… I think it’s ridiculous, it’s a waste of time.”

“So, are the authorities calling Michael back to the States? Is he actually breaking the law right now?”

“Like he isn’t [a fugitive]. So what’s the big deal? He has all the right to be away until then.”

He said about Jackson’s public image, “It wouldn’t matter if he got on Oprah again and cried in front of everybody. It’s not going to change anybody’s opinion about it.”

“I just feel really sorry for him.”