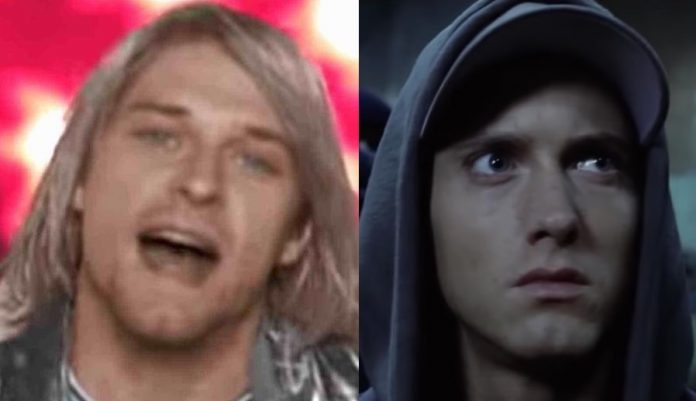 Lorusso asked, “I read you’re a big fan of rap but dislike white rap groups, and this is a quote: ‘The white man has ripped off the black man for long enough.’ How do you feel about Consolidated?'”

Cobain responded, “Oh, I don’t know. Was I drunk at that time? I’m a fan of rap music, but most of it is so misogynist that I can’t even deal with it. I’m really not that much of a fan, I totally respect and love it because it’s one of the only original forms of music that’s been introduced, but the white man doing rap is just like watching a white man dance. We can’t dance, we can’t rap.”

“I’m getting really bored with the same questions all the time,” Cobain says at one point. “You know, it’s understandable… We don’t have much of an image, so there’s not much story behind our band, and so what people can grasp, you know, they base their interview off of that.”