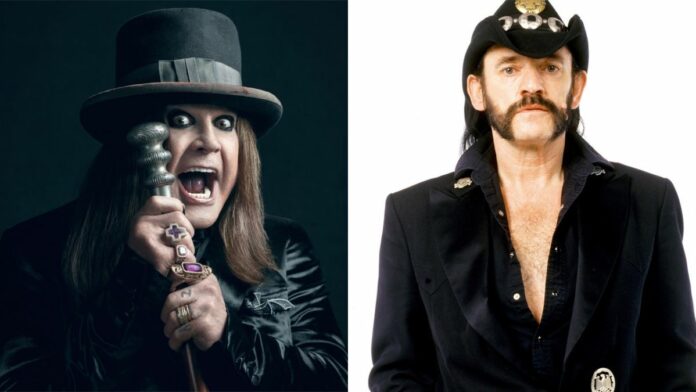 Two legends in the game are Ozzy Osbourne and Lemmy of Mötorhead. It seems like forever since Lemmy has been on this earth and we miss him everyday. Even though he may be gone, many stars still hold fond memories close to their heart of the legend.

Ozzy Osbourne recently opened up about some of Lemmy’s musings on his own life from one of their final encounters and recalled which of Ozzy’s solo albums was the Motörhead frontman’s favorite.

Ozzy would say about his friend: “I think about Lemmy all the f*cking time. He was a great guy – he’d go, ‘That record you just made was f*cking shit’, or ‘I really like that one’. His favorite [line] was, ‘Your best record was No More Tears’ – yeah, because you wrote on it, you c*nt!”

Even during Lemmy’s final days, he and Ozzy would remain in frequent contact. Recalling one of the last times they got to spend time together, Ozzy said: “I went down to South America and he was there on tour, but he was so f*cked he couldn’t speak to anyone. He was sitting at the front, skinny as a rake. He was riddled with cancer at the end, but mind you, he turned round to me and said ‘I’m probably going to die, I suppose. Never thought I’d make 70, so I did good’.

Even sadder, Ozzy stated: “His exact words were, ‘I could have lived a lot longer and taken care of myself, but I lived my life the way I want to live and I ain’t got no regrets’. Fair enough!'”

There’s much to be said about the storied friendship between the two icons that still hasn’t been said yet, but it’s very clear to see that they supported each other extremely well while Lemmy was here with us all.