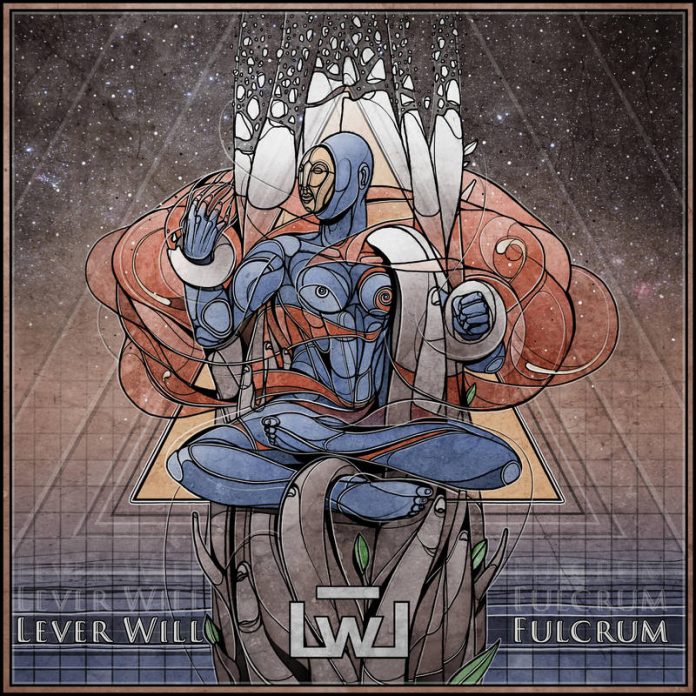 It’s pretty rare that one comes across a band that claims the greats of ’90s’ grunge and alt-metal as its influences and actually lives up the claim. Syracuse, NY’s Lever Will is one of those bands. On their debut album Fulcrum, Lever Will manage to conjure the spirit of legendary bands like Soundgarden, TOOL, and Radiohead while crafting something that befits a contemporary audience. Simply put, they carry the flame of grunge and alt-metal, illuminating a new audience.

Lever Will is comprised of Michael D’Arrigo (guitars), Nate Sturge (bass), Chandler Duncan (drums), and Dan Smith (vocals). As their Facebook pages states, “We make music. If you like APC, AIC, STP, Soundgarden, you might like it.” As Fulcrum demonstrates though, you don’t particularly have to like those bands to like Lever Will. While a classic alternative rock styling forms the bedrock of their sound, there is more here in common with progressive acts like Dream Theatre and TesseracT than Soundgarden. Although, they do a great cover of “Day of Tried to Live.” The best way to describe their sound might be as a slightly less complex and more accessible and emotional TesseracT mixed with a less heavy Soundgarden.

Comparisons often fall short when describing a group of unique musicians’ sound, and are often unfair, but can serve as a key to unlock the context of a band’s sound and how it contributes to the advancement of a genre. At their core, Lever Will weave thick leaden grunge riffs that often form the wall of sound that more progressive guitar lines and signatures ride upon. “Clarity,” one of the album’s many standout tracks, displays the most AIC-like sound. It’s main riff is a slog through the boggy depots that Jerry Cantrell often masterfully navigates, but the song manages to achieve an elevation during its mid bridge that only this group of musicians could achieve together. This melding of a TOOL-like expansiveness in sound with a heavy slog of a AIC-like grunge riff is demonstrative of Lever Will’s unique contribution to grunge, alt-metal, and heavy alternative rock in general. Or, if you prefer, the song simply rocks.

“Soft Light” opens with all the tension of the best Adam Jones tension building riffs, but instead of cresting instead launches into a nebulous cloud of guitar and synth sounds that evolve from almost abstract noise into a powerfully straightforward guitar solo. “Ugly” starts with another grunge-like riff, but quickly morphs into the type of atmospherics that APC so deftly indulge in during their quieter moments. The song oscillates back and forth between heavy and light effortlessly weaving a unique tapestry of sound. The 6 minute 25 second long “Flux” serves as the beating heart of the album. It’s here that the band puts everything together most effectively. Vocals, effects, guitars, rhythms, and the talent that Lever Will simply seethes with all combine to create a mini saga of a song that most deserves repeated listens out of the many songs on the album worth hitting the repeat icon on.

An excellent debut from a excellent group of musicians, Lever Will’s Fulcrum establishes a band with a bright future.