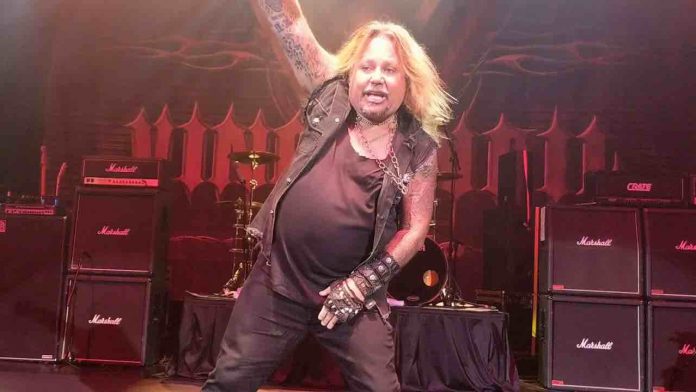 MGM Northfield Park posted, “Due to circumstances beyond the artist’s control, the Vince Neil concert scheduled for Friday, January 10 has been cancelled.

Refunds are available at the point of purchase. Fans who purchased online at LiveNation.com or Ticketmaster.com will automatically be issued a refund.”

Chris commented, “Jennifer, now you know why I said no to going to this – they probably did only sell a handful of tickets. Let’s hope he gets in shape a bit for the stadium tour.”

Kim responded, “Look at that. He can reunite with Motley Crue but can’t play this show. Hmmmm……” Don chimed in, “I gave up after Ticketmaster screwed me out of the front row tickets in my cart. Serves them right.” Rob wrote, “That’s what happens when you can’t sing anymore.”

Michelle said, “I’m sure it got cancelled like the week of gigs right before the announcement did.
Would you take a pay cut after signing a multi million dollar deal? Besides, I bet he can’t play solo per the contract.

Y’all need some new material by the way. All these stale jokes and observances have been said over and over. Y’all act like you’re fit and do your job so well that people are offering you millions. They are not. So, who do you think gets made fun of here?…YOU!”

Vince Neil recently told “Extra” music correspondent Adam Weissler at a press conference and discussed his plans to get in shape for the 2020 Motley Crue tour.