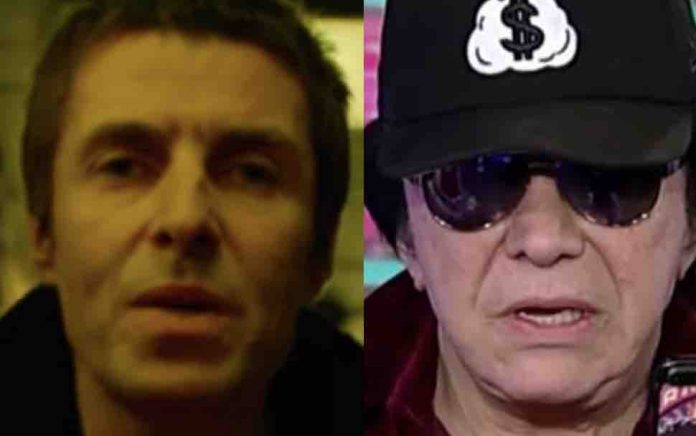 Liam Gallagher has been back on the saddle and making waves once more with his music. As of now, Liam is currently having tons of fans attend his shows. All of those in attendance have been praising the shows that he has been bringing to the table. For Liam, this isn’t a huge surprise as he feels that his product of music is still alive and very well even if others in the music business don’t feel the same way.

If we take a step back in time, there was a moment when Gene Simmons stated that rock was dead. Of course, the wellness of music is all personal and music never truly does die, it just goes in and out of the mainstream, which is what we are looking at right now in terms of rock music. Rock music seems to be the new underground.

To Liam Gallagher, rock music is at the very front of musical cultural even if others don’t feel the same way (ala Gene Simmons). Of course, there isn’t any way to tell if Liam was going directly at the demon from the legendary band, Kiss, but there are a lot of people within the music industry that feel the same way that Gene Simmons does, sad to say.

With fans enjoying what Liam has to offer in music still and ticket sales for him still going up for every show that he does; it’s clear to see that while rock music might be dead to some – it is in fact, alive and well for fans of Liam Gallagher and the music that he continues to make for the fans that he loves most. We will see what’s next for Liam Gallagher as he continues to shock the world day in and night out with rock and roll.

<blockquote class=”twitter-tweet”><p lang=”en” dir=”ltr”>Thanks 🙏 to everyone who bought Cmon you know and Down by the river than thames No1 and No4 in the charts whoever said Rock n Roll is dead needs a good slap 👋 with a wet sock 🧦 anyways thanks once again LG x</p>&mdash; Liam Gallagher (@liamgallagher) <a href=”https://twitter.com/liamgallagher/status/1532772007556927489?ref_src=twsrc%5Etfw”>June 3, 2022</a></blockquote> <script async src=”https://platform.twitter.com/widgets.js” charset=”utf-8″></script>