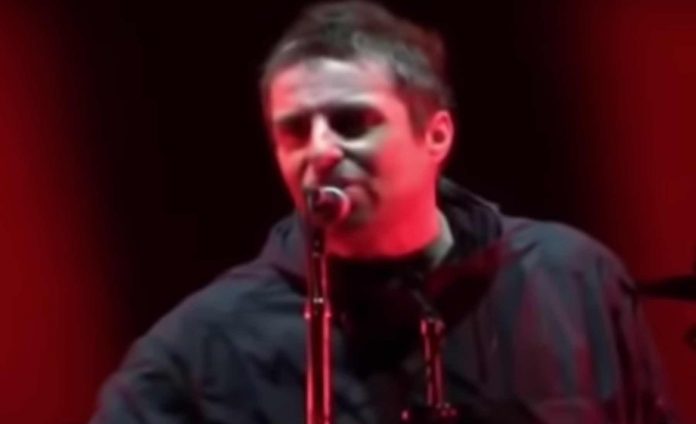 The former Oasis frontman Liam Gallagher blasted the fans who swore at him and heckled on a flight. It happened after he declined their requests of signing their merchandise.

Taking to Twitter, the ‘Everything’s Electric’ singer wrote: “To those professional s***kbubbles who were recording me and calling me a c*** as soon as I got of a flight for not signing there stuffs your not proper fans you should be ashamed of yourselfs entitled C***Z”.

Fans were quick to react to the incident and defended Gallagher’s right to privacy while travelling.

One said: “Half of em probably wanted something to put on eBay. Cringe.” Another wrote: “your biblical presence should be enough for them liam”

One of the fans wrote: “Haha just get those V’s in the air and tell them all to fooook offfff!! Peace out

Liam Gallagher was previously forced to cut his set short at a festival in France on Friday night after falling ill. The 49-year-old was in the middle of performing a song at Festival Bureaugard when he stopped singing and left the stage without an explanation.

Liam took to his Instagram Story on Saturday to apologise to audience members for the set finishing early, explaining that it was a result of a health diagnosis.

On a plain black screen with white text, Liam explained to his 1.5 million Instagram followers that the situation was a result of his doctor’s orders.