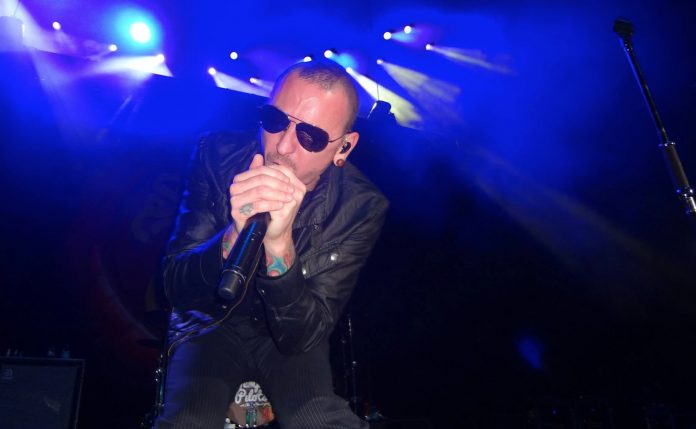 You can call the National Suicide Prevention Lifeline at 1-800-273-8255 and visit ChangeDirection.org for mental health resources.

Linkin Park singer Chester Bennington died by suicide in July 2017, and in a new interview with Merlin Alderslade for Metal Hammer, Asking Alexandria guitarist Ben Bruce said he believes Bennington was ‘killed’ by the greedy music industry who exploited him for money, leading to his suicide.

“The industry doesn’t give a fuck about the artists – the industry cares about dollar signs.

“The drunker we were, the harder we were partying, the more drugs we were doing, the more they could keep us out on the road, and the more press and attention we were getting. That’s all they care about.

“They’re like, ‘We’ll keep feeding the machine, and it’ll keep spitting out dollars, and eventually – when shit hits the fan – the next band will come along behind them that and we can do the exact same thing to them.’

“It’s a neverending cycle, and it’s sad because you see people like Chester Bennington… ultimately, I believe that’s what killed him. A life-long career in the music industry.

“He hasn’t written that song for you. Fuck yeah, it’s awesome that it’s helped you, but this has come from a very deep and personal place, and people forget that.”

He later said, “I had a big drug problem, which was public knowledge. I was a big drinker. I used to wake up, start drinking and stop drinking when I passed out. That would be my cycle.

“But I don’t drink anymore. I don’t do drugs. I had to make some mistakes to get where I am now, but fuck, I was a mess.

“I was coming home at 9 AM after being out drinking after recording our latest album, and my wife would be waking up with the kids as I’d be getting to bed. She said, ‘You’re missing your kids growing up. Do you know that?”

He also discussed being a party animal.

“Danny [Worsnop, singer] and I were known as the Terror Twins. We were fucking horrendous. We were young and thrown in the deep end, and everyone would think, ‘That’s amazing, you lucky bastards,’ but we didn’t know what we were doing.

“There were drugs and alcohol everywhere, people labeled us ‘the hardest-partying band in the world,’ and we fed into it. That made us all quite depressed. It does terrible things to your personal life, and I think none of us are there anymore.”