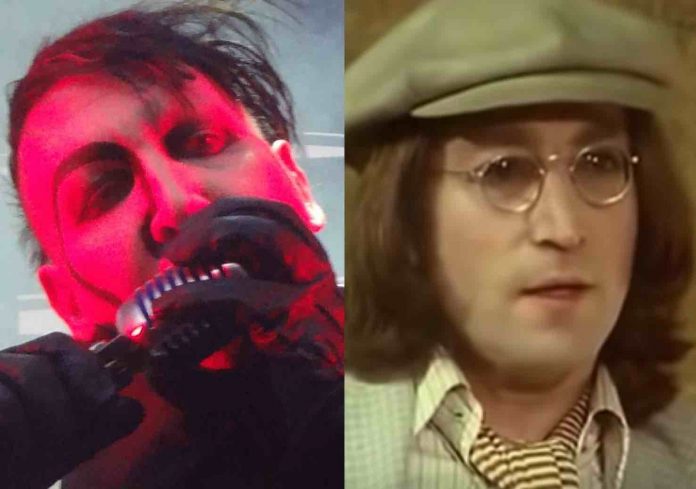 Marilyn Manson claimed that The Beatles icon John Lennon embraced the ‘rock and roll’ attitude, along with Johnny Depp and Hunter S. Thompson. Lennon is true rock and roll, kind of terrible that he’s on a list with them! Lennon’s widow Yoko Ono recently made a bold Keith Richards revelation.

He told Revolver, “Oh, Tarantino and Francis Bacon, if you want to go into things other than music. Iggy Pop, David Bowie, John Lennon, Jim Morrison… I guess maybe I’m listing heroes more than anything. While I was saying all that, you could have cued ‘Heroes’ by Bowie. That would have really sealed it together! [Laughs] And I should mention Johnny Depp, my good friend, and Hunter S. Thompson, who I was good friends with.

He added, “Some of [Francis Bacon’s] paintings are really upsetting, in a way that just begs your mind to search through it to figure out what’s going on. So they’re complex and interesting. I bought a book of his paintings, and it showed photographs of his art room where he painted, and it looked very similar to mine, just chaotic. Because I don’t have my paints organized.

I just sort of sit in a circle with paints all around me, and the paper on the floor and a sheet underneath it that’s been stained by years of painting. It’s literally the Shroud of Turin of my work – it has more paint on it than any of my paintings, altogether. That will probably be my best piece! [Laughs]”

The Wrap reports that Marilyn Manson has been cast in Stephen King’s “The Stand” miniseries for CBS All Access.

“The Stand” is King’s apocalyptic vision of a world decimated by plague and embroiled in an elemental struggle between good and evil. The fate of mankind rests on the frail shoulders of the 108-year-old Mother Abagail and a handful of survivors. Their worst nightmares are embodied in a man with a lethal smile and unspeakable powers: Randall Flagg, the Dark Man. The novel marks the first appearance of Flagg, a frequent villain that pops up in King’s other works.