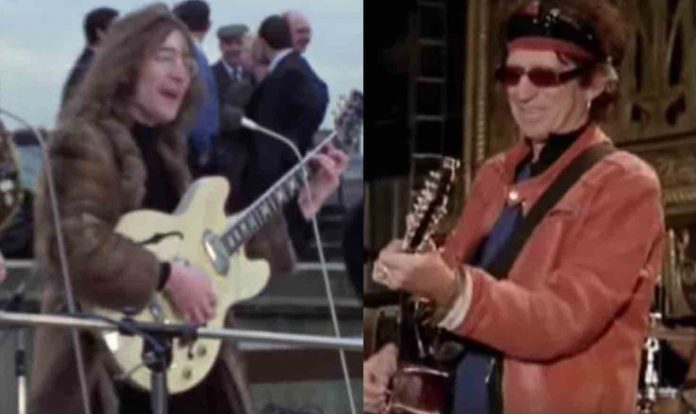 The Beatles icon John Lennon’s widow Yoko Ono has revealed in a new The Rolling Stones Rock and Roll Circus retrospective that Keith Richards and Mick Jagger told her they were fine with her performing with them, crediting them for being polite when they didn’t need to be. John Lennon and Yoko Ono had to reject a disgusting part of the show. The Rolling Stones’ Rock and Roll Circus is one of rock’s most memorable concert films, uniting some of the biggest names in rock history, with The Rolling Stones being joined by The Who, Eric Clapton, and The Beatles icon John Lennon.

“The first time I heard about this event was probably the day before or in the morning of that very day from Apple. John was always very friendly with all the members of The Rolling Stones, because I think the Beatles wrote a song for them. With Mick I think there was a tongue-in-cheek kind of nice friendship.

John and I decided to go to this thing mainly because Julian was there, and ‘Oh, wouldn’t it be nice to take him somewhere’… When the question first came about me performing there, that was very naturally done in a way. They expected that that’s what John wanted, probably, and so they were polite enough not to question it. John is the one who kept saying, ‘come on, let’s go. Do it’.

The bag that I was carrying was performance art work, and it was a very important part of my performance art history in a way. I was doing that in New York… it’s just something that was part of me. John was very, very happy and satisfied with what we did. He thought that was a cutting-edge thing we did. I think that this was the first time that John performed with anybody else but The Beatles.”

You can read the full retrospective at NME.