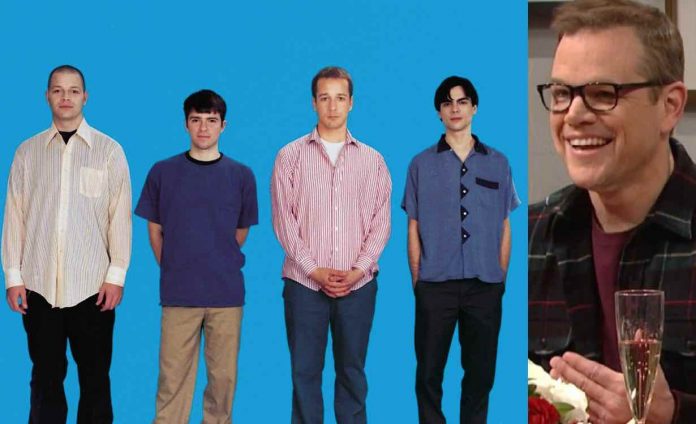 Rivers Cuomo tweeted, “THEY HAD A WHOLE ASS SKIT ABOUT WEEZER AND ME ON SATURDAY NIGHT LIVE AND IM ACTUALLY CRYING AAAGGGGHHHHHHH.”

In the skit, Matt Damon and Leslie Jones debated Weezer. Damon was excited that the release date for their upcoming Weezer’s Black Album was announced. Jones responds, “I’m just a little confused because Weezer fans know they haven’t released a good album since Pinkerton in ’96.”

The two continue to debate about the band. “Why don’t you grow the hell up and listen to Raditude and Pacific Daydream. You just don’t understand what Rivers is going through right now,” Damon says. “Rivers doesn’t understand what Rivers is going through though,” Jones retorts. As the conversation escalates, personal insults begin to fly. The argument wraps up with one final back and forth. “Weezer died when Matt Sharp left,” Jones says. “Weezer didn’t start until Scott Shriner got there,” Damon responds.