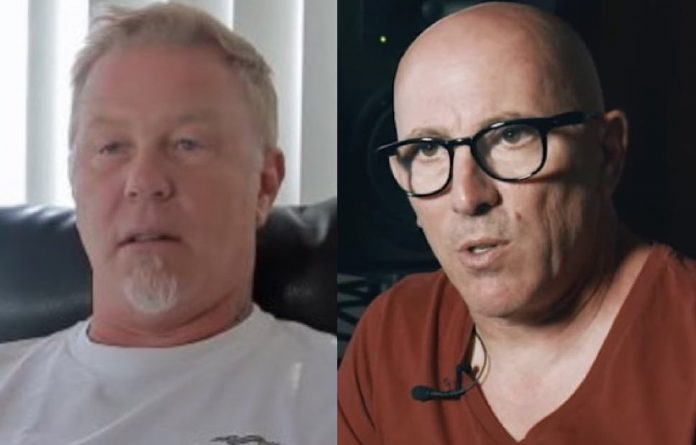 In a new Vice Munchies article, Tool and A Perfect Circle singer Maynard James Keenan revealed why it’s difficult for him to listen to Metallica when making wine.

“When grapes come in, we have our pH and Brix levels on a whiteboard, but on the far right, we have our playlists. Sometimes I look back at notes and go, ‘We were playing PJ Harvey [last year], let’s put PJ Harvey on again.’ I’m really inspired in the cellar by things that have that darker overtone. So I’ll listen to Low, PJ Harvey, Gillian Welch…because there’s so much space in those songs, I get things done. When I have Metallica or Slayer on, the predominant thing in face is the song, so I don’t work as well with that music playing.”

He also discussed “Is That All There Is?” by Peggy Lee

“Hey, you know, got to pay the rent…. There’s a nostalgia to that song for me because [Cleveland late-night hosts] Big Chuck and Lil’ John would show a monster movie on Saturday nights and Sunday mornings. The show was very much an inspiration for Puscifer because of the little sketches in between, and [‘Is That All There Is?’] was the closing number. I prefer the food pairing over the song pairing, although that was the song of the night for me…. Instead, I would have gone with something that appears clunky on first listen, but then when you get more into it, you realize, ‘Holy shit, there’s a lot more going on with this.’ I would go with Tom Waits on this because it’s like, ‘What’s that? What’s he doing? That seems dumb.’ Well, why don’t you fucking sit down and listen?”