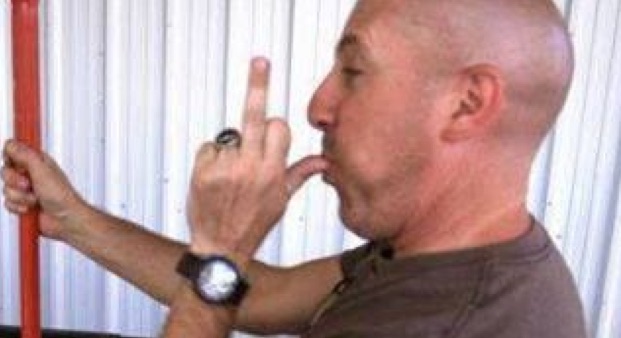 A Perfect Circle guitarist Billy Howerdel discussed how Maynard James Keenan deals with schedules in a new Rock Ur Life interview. Keep in mind this answer is translated so the verbiage used was likely slightly different.

“The reason I first started working for other bands was mostly to learn what to do and what not to do. I have seen this kind of misadventure happen to a lot of bands. Big bands have a lot of money all the time, so I learned not to be fooled by that. Maynard excels on his side with deadlines and schedules. It makes it easier because when you do not have all the time at your disposal, you have to stay focused on your goal. As if someone knew the date of his death, he would have a different approach to his life. This is a very extreme example but what I mean is that the emergency helped us a lot for this album.”

France’s La Grosse Télé recently conducted an interview with A Perfect Circle guitarist Billy Howerdel. You can watch the entire interview below. A few excerpts follow (transcribed by BLABBERMOUTH.NET).

On why it took A PERFECT CIRCLE 14 years to release a new studio album:

Billy: “There were a lot of schedules that had to be aligned with this. The bottom line is Maynard [James Keenan, vocals, also of Tool and Puscifer] is a busy guy. He’s got three bands and a winery and a family and a life to live. I’ve got my own things going on, so the timing worked. We had a couple of false starts in the beginning, or a few years ago, let’s say, and it almost happened, but for whatever reason, it’s happening now and I’m glad it is.”

On whether he prefers to play new A Perfect Circle songs live before they are released:

Billy: “I like the experiment of playing songs in front of the audience live. There’s a reason why you don’t want to give it all away. We want to have some mystery and freshness left for the rest of the record, but they seemed like an eclectic two to offer first, ‘Feathers’ and ‘Hourglass’, even more so just to listen to the reactions, but to feel the reactions in the room. There’s something to be said about playing a song for someone, you might not even have to look at them, but you can kind of feel where they’re coming from. We certainly could feel a pretty good reaction from those two songs. We ended the set with ‘Feathers’. It’s not the most typical encore. It’s not a typical end of show and I think people graciously received it, so we felt we were moving in the right direction. And yeah, I think more than anything, more than even that, more than worrying about if someone likes a song or not, the exercise of getting out and playing, going on tour and getting the energy of playing live and to bring that into the studio. A lot of times you’re in the studio and enough time passes, it’s hard to find your sea legs, so to speak, as to what you bring to the project. It’s not just notes, it’s about energy. We tried to capture that and bring it into the recording.”

On new song “So Long, And Thanks For All The Fish”:

Billy: “Lyrically and the title is Maynard’s doing, so I will leave it for you to ask him later. Musically, yeah, it’s a bit different. It’s not a key I usually write in. I don’t usually write in a major key, for whatever reason. I had high hopes for that song and I originally was kind of thinking of that for my other project, for ASHES DIVIDE, but it seemed that when I played it for Maynard, he heard something. He thought he would hear something, so I just kind of kept rolling with it from there. Aesthetically, we just fitted it into the record and I think it worked.”

On the album cover for “Eat The Elephant”:

Billy: “You know, both Maynard and I take different roles and different parts in the creative process. He fully took leading the charge on the visual role in the band, so, again, sorry to defer, but you’ll have to ask him where it came from and what it is. I’m kind of just going on faith. Whether I agree or disagree, he felt strongly about it and he had a clear vision and when he or I feel like that, we usually follow the other’s lead. It’s something I’m along for the ride on. I know probably a little bit more than that, but I think you’d have to talk to him about the origin.”

On the writing process with Keenan:

Billy: “I don’t have any influence on what he writes. The only thing I would say is hopefully my music has inspired him in some kind of way to bring his best work and that’s the role I find myself in more than ever is to write in the service to Maynard writing the best lyrics he can, bringing the best vocals he can. Whatever I can offer musically is already there and if he’s into a song, I’m just trying to see what I can do to bring his best to the table.”