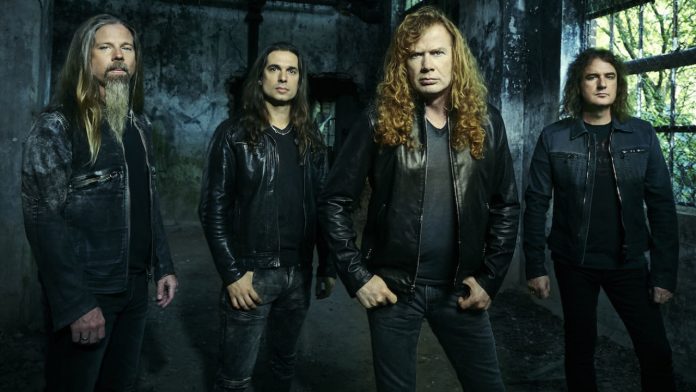 David Ellefson hit the rock-bottom when he was fired from Megadeth. It came after the sexual misconduct allegations last year, just as the band was gearing up to record their upcoming album “The Sick, the Dying… and the Dead!”.

However, the musician bounced back up and started to branch out into several projects, most notably his new band The Lucid, and an upcoming tour with former Megadeth guitarist Jeff Young called “Kings of Thrash”.

David Ellefson reveals how his life has changed a lot

Ellefson has been honest about his personal struggles since he left Dave Mustaine and co., including how his life changed now that he’s keeping a low-key profile, as opposed to belonging to one of the biggest metal acts around.

In a new interview with Real Music With Gary Stuckey, the bassist revealed how his personal relationships started seeing changes since his career took that unexpected turn:

“In the early ’90s, just when we thought everything was going awesome, Seattle music [Pearl Jam and Nirvana] showed up. No one saw that coming. So there are all kinds of internal and external forces at work, and I think the trick is to be galvanized to be able to withstand the storms and come out the other side and still keep rocking.”

Ellefson went on to reflect on the importance of getting along with his bandmates, and the sacrifices he had to make in the early days of his career:

“I’ve been in situations with people that were just impossible, and somehow you just learn to make it work. Sometimes the success becomes the golden handcuffs, so you just have to make it work. And unfortunately, in those situations what happens is you often start to compromise your own morality, your own beliefs, your own integrity, because you just go, ‘Well, if we can just get to the other side of the ocean before we sink, we’ll be okay.'”

“And then you get to the other side and the phone rings and they say, ‘Hey, we’ve got one more ocean for you to cross,’ so you decide to do it again. [Laughs] The truth of it is sometimes the reward of the music and being on stage and the success and being able to be comfortable and the livelihood, those are all factors.”

“You can’t just base it on any one or two things, especially when you’re in the music ‘business.’ If it were just always about having fun, well, there’d be a lot of people working day jobs while having fun. But when you’re in it to win it and make music your business, you also have to put your big-boy pants on and realize it isn’t all gonna go your way. And I think that’s the hardest thing — is learning how to compromise and learning which battles are the ones that you wanna win and which hill it is that you’re willing to die on.”

You can check out the confirmed dates for Ellefson and Young’s “Kings of Thrash” tour below: