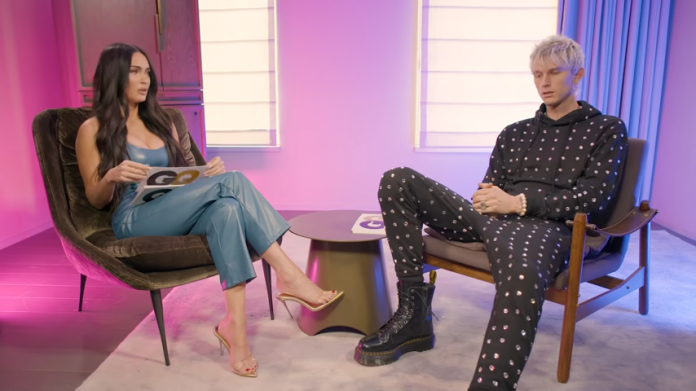 Machine Gun Kelly was recently a guest on the ever-popular Howard Stern Show to discuss the latest album Mainstream Sellout, the second pop-punk driven MGK album. During the interview, Stern would ask about the track ‘Sid and Nancy’ and if identifies with the song. MGK would give quite the shocking answer. Alternative Nation transcribed the following. Machine Gun Kelly ruined this top metal band’s performance.

MGK: I don’t know, in regards to the Sid and Nancy song it was a text that Megan [Fox] had sent me. It was something along the lines of: “If we have to live a life where we see each other with different people then we should just go out [with a] murder-suicide. To me, that’s very romantic.

During the peak of the pandemic, Machine Gun Kelly would lament rock stars that wear ‘comfortable shoes’ during a conversation with Spotify.

As MGK would state: “The state of rock and roll depends on rock stars. I gotta see some ‘f*** you.’ I have to see some ‘f**k you.’ I want some attitude, dude. This is what I will tell you. I did Warped Tour and these motherf**kers would wear comfortable shoes onstage every day. F*** your F**king Nike New Balance fucking comfy shoes because it makes you feel comfortable. Put on some Doc Martens, you f***er. Put on some Chucks. Put on some Vans. It’s not about you, it’s about the show. I f**king hate your feet, I hate your shoes, I hate everything about… you’re comfortable. Rock and roll’s not comfortable. It’s uncomfortable. It’s a metaphor. Your shoes are a metaphor. F*** you.”