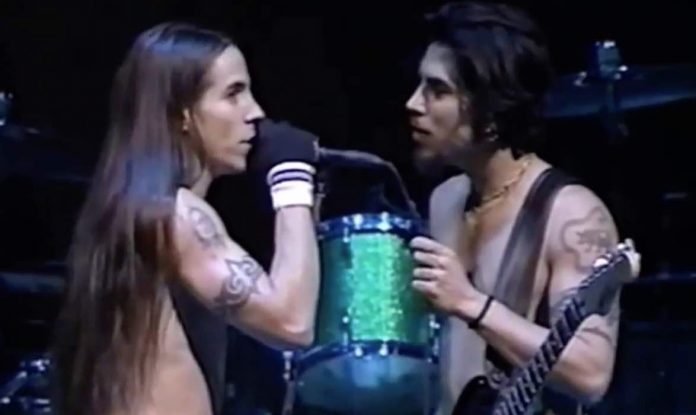 Kiedis told Zane Lowe on Apple Music, “So he came into the band in late ’88 following the death of Hillel [Slovak], which was already a hugely emotional loss, transition, discovery, who are we? And within three years, we’d put out Blood Sugar and been on tour. So he’s hyper intelligent, hypersensitive, hyper cosmically attuned to a very extreme degree, which makes him who he is. And that was too much.

Like money and fame and attention and adulation and responsibility are not for everyone and can be impossible to digest or to make sense of or to live with. Could drive you absolutely nuts. And that’s where he was at a super young age. And he was just on another level of awareness, but to the point where it was… He was too sensitive, he was too empathetic within himself to tolerate all of that. So he just combusted.

We were both quite foolish at that stage. And we talked about it earlier, I wanted things the way I wanted it and he wanted it the way he wanted it. And he may have been more evolved in some ways and less in others, but he disappeared and somehow we did survive and had this very interesting era with Dave Navarro, and John went down as far as he could. And then, just the whisper of a ghost saying, ‘Hey, I’m not gone yet.’ Or like, okay, let’s do this.

Californication, By the Way, Stadium Arcadium. And then he did make a holistic decision. He’s like, it’s not for me. It’s too much. Too much attention, too much travel, too much chaos, too much- All of it. And so he walked away, and I think he needed a solid 12 years of processing all of that, which he was kind of willing to do slowly. Like, who are these people? What do they mean to me? What have we done together? What life do I want to live, super smart. And I think he figured out that as difficult as that situation could be, it’s like, it’s just life and it’s just an opportunity and it’s just being in a band and maybe I can find a better way to do this…”