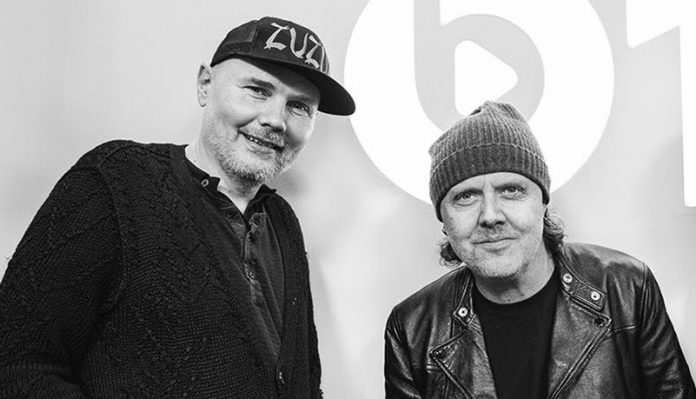 In a new interview with 100.3 The Rocks, Lars Ulrich said that Metallica started to feel more comfortable about discussing their charitable causes after a Bridge School Benefit performance with The Smashing Pumpkins in 1997. Ultimate-Guitar transcribed Ulrich’s comments.

“The first time we played acoustic was when Neil Young asked us to partake in his Bridge School, the legendary benefits that they had for the schools where his kids were going about 20 years ago, give or take.

“And they said ‘You now play acoustic.’ And everybody was like, ‘Yeah, sure, Metallica acoustic. Ha ha ha, that will never work.’

“And it’s just become a thing that we like to return to occasionally as a kind of a counter thing to all the noise we normally make when we play.

“And for some reason… We did Bridge School three or four times. Often when we do a charitable thing or a benefit thing or a foundation thing, the acoustic instruments can dust it off and we go out and do that. So when we did our first foundation event, it just felt we should do it acoustic.”

“So for a long time, there was this skepticism about when people were doing something charitable, we would sit and go like, ‘Okay, that’s maybe a charitable deed but there’s also an element of self-promotion in there,’ or whatever. We kind of sit and go, ‘Hmmm…’

“And now, with social media and the way we sort of communicate directly with our fans and everybody who’s into what we do… Just a couple of years we woke up and said, ‘Whatever that shit is, that’s in the past.’

“And now if we can scream from every rooftop where we feel we can make a difference. Hopefully, it can engage and encourage others in the Metallica community to step up and do something – locally, internationally, small dollar, high dollar… it doesn’t make a difference. Any helping hand makes a difference at some level.

“And we just feel that just kind of keeping that kind of hidden. Now with social media and stuff, we have such an opportunity to reach everybody and encourage them to partake at whatever level they can. So two years ago we decided, ‘Fuck it, we’ll scream this from every rooftop and get people to do this with us.'”