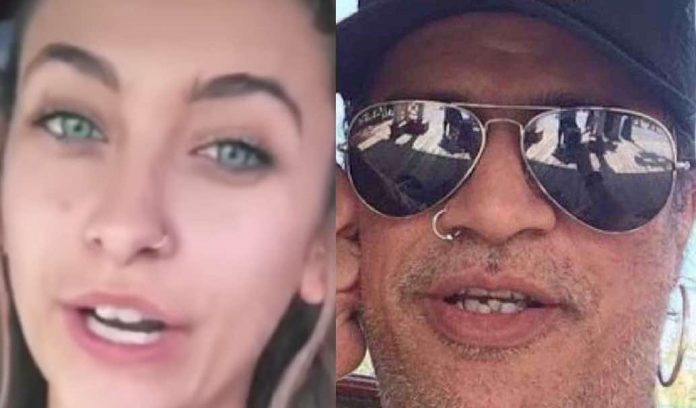 Michael Jackson remains to be one of the iconic names in musical history. He has dominated the 90s. Jackson’s ‘Moonwalk’ remains to one of the iconic signature steps and he once tried to teach it to a NBA legend. Regarded as the ‘King of Pop’, Jackson has worked with some popular names back in the day. His daughter Paris Jackson has revealed that Michael worked with Eddie Van Halen and Guns N’ Roses legendary guitarist Slash.

Paris Jackson was quick to set straight her father’s title, though, when he is referred to as the “King of Pop.” “Pop, rock and soul. That is actually the full name that he was given,” she said[via Spin].

“When he was introduced [at the 1989 Soul Train Awards], it was Liz [Taylor]…she labeled him the ‘King of Pop, Rock and Soul.’ Everyone else decided to shorten it to ‘King of Pop,’ but it’s a lot more than that. He had Eddie Van Halen and Slash play on some of his [music] and Carlos Santana. That’s not necessarily pop. There’s nothing wrong with pop, but there are a lot more layers to it.”

There are also more layers to being the musician offspring of an icon beyond being planted in the obvious shadow. While most performers have the freedom to develop their skills in anonymity, Jackson was under the microscope right from the start:

“Those first couple of tours that you go on are where you put your hours in, you find your way, get comfortable and you learn how to handle mistakes,” she says. “Every artist that is going to go on tour and play has that experience but for me…those mistakes that everyone makes…mine will get magnified.”