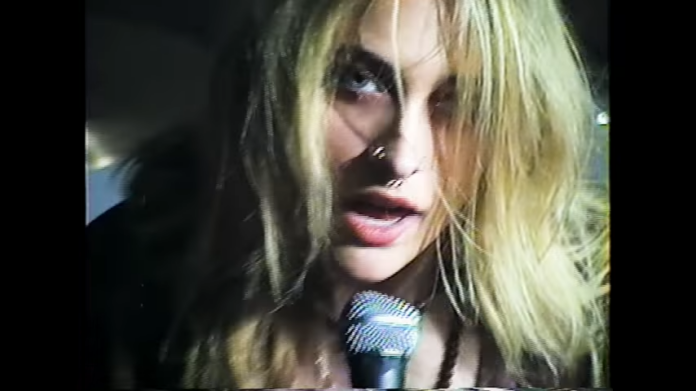 Michael Jackson and Diana Ross were close friends. It seems that the friendship has spanned generations as Michael Jackson’s 24-year-old daughter, Paris Jackson was recently spotted cuddling up to Diana Ross’ 34-year-old son, Evan Ross. It has been noted that the longtime friends were attending the Elizabeth Taylor Ball to End AIDS in West Hollywood. Both Michael and Diana were friends of the Cleopatra actress.

Paris Jackson and Evan Ross were spotted together

Paris looked stunning at the splashy star-studded event. She donned a strapless gown that showcased her fit physique as she posed for photos before the gala began.

She was pictured hugging her close friend and fellow actress, Alexandra Shipp, 31, during the brief photo session.

The singer looked elegant in a strapless gold dress that fell down towards the ground, with a high slit on the right side. The gown was comprised of satin material and a form-fitting, corset top which showed off her fit physique.

Paris slipped into a pair of open-toed, brown platform heels that were secured with a strap at the ankles. It was also noted that her blonde hair was pulled up and styled into a chic bun, with loose strands falling and bordering her face.

Meanwhile, Evan is wed to Jessica Simpson’s sister Ashlee Simpson with whom he has two kids: Jagger and Ziggy. He is also stepfather to her son Bronx whom she had with rocker Pete Wentz.

It doesn’t seem like anything extra was going on between the two and it just seems like the two stars are just very close friends with one another. It’s always amazing to see how friendships seem to span through generations. It’s almost like Michael Jackson and Diana Ross have never parted at all with the looks of their children now being great friends with one another as well.