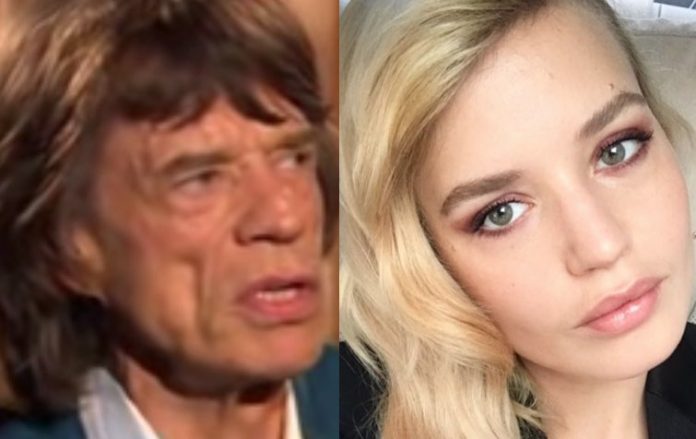 The Rolling Stones frontman Mick Jagger‘s daughter Georgia May Jagger went for a swim with a friend in a bath tub last week, and revealed a photo on social media.

The Rolling Stones members Mick Jagger and Keith Richards have a friend in Hillary Clinton, but Howard Stern was wondering if her husband Bill Clinton may have thought their phone call was inappropriate in an interview last week. She also called Jagger very disciplined.

Mick Jagger being ‘in denial’ about a The Rolling Stones departure was detailed last week. MarksFriggin.com recapped: Howard said it has been great to have her in there. He said he was begging her to come on the show. He said it’s a weird thing that he has to tell her. He said Lee Abrams used to label the audience. He said he called some earth dogs. He said it wasn’t a negative word but it meant a working class kind of guy. Howard said he thought that if she had been elected that it would be spectacular.

He said he thought he could talk to her like a person and say to the earth dog audience that this is a cool woman. He said she cares and she has devoted her life to public service. He said he was hoping to get a couple more votes there. Hillary said she didn’t know about it but she probably wouldn’t have done it. She said in a presidential campaign the priorities weren’t done the way they should be. She said that Trump would do everything. She said she thinks she made a miscalculation. Howard said she just wants to get to work.

Robin said she did see her doing other radio shows. Howard said they don’t know if it would have moved the needle or not. Mick Jagger and Keith Richards ‘messing up’ performances was revealed last week.