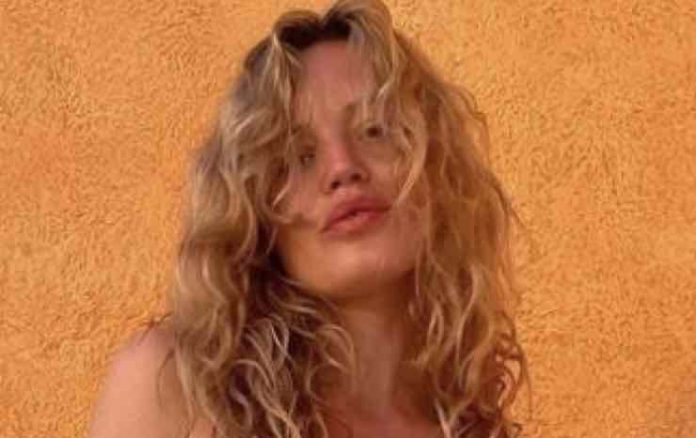 Mick Jagger’s daughter Georgia May Jagger posted a swimsuit photo ahead of The Rolling Stones anniversary tour announcement. She said, “Thank you so so much everyone for all the birthday wishes. I am overwhelmed with all the love. Big thanks to @lizzyjagger and @mickjagger @melhamrick for somehow managing to still send me surprises from the other side of the world. 🐋💜🦄🧜🏻‍♀️” You can see nee The Rolling Stones tour dates below!

The Rolling Stones founder, Mick Jagger recently teased a logo ahead of The Rolling Stones going out on a 60th-anniversary tour! They are also likely to drop a new album as they teased the fans on their Twitter account. Having the former drummer Charlie Watts in his memory they would be going on the tour. It turns out that Mick, Keith Richards, and Ronnie Wood would be making the return with lots of special guests. Fans are still in love with the band and would want to hear some from the legendary musicians.

Check out the Tweets below:

Keith Richards reveals the band is working on a new album

Keith Richards recently confirmed that the Rolling Stones are working on some new music. During an appearance on CBS Sunday Morning, the legendary guitarist noted he’d been doing some songwriting alongside Mick Jagger and drummer Steve Jordan, who toured with the band last year following the death of Charlie Watts. Here is what he said:

“It’ll be interesting to find out the dynamics now that Steve’s in the band,” Richards admitted. “It’s sort of metamorphosing into something else. I was working with Mick last week, and Steve, and we came up with some, eight or nine new pieces of material. Which is overwhelming by our standards. Other times, [songwriting is] like a desert.”

He was asked why coming up with new material can be easier or harder at times, Richards replied: “It’s the muse thing,” the rocker explained. “If I could find her address (laughing).”

The Stones’ last album, Blue & Lonesome, came out in 2015 and was made up of a blues cover song. The Stones also just announced a tour.