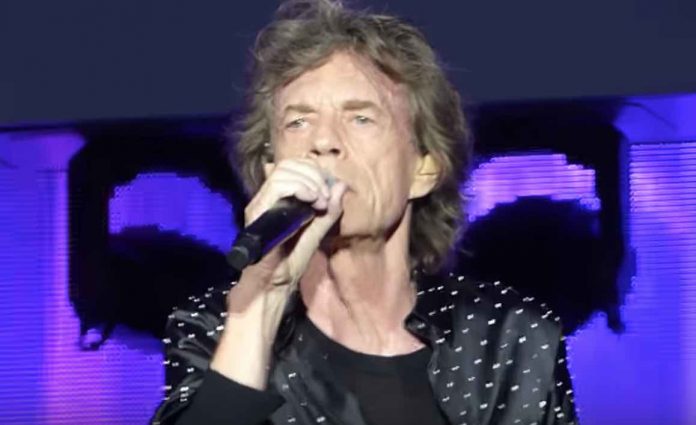 The Rolling Stones frotnamn Mick Jagger was recently flashed by a topless fan and in an amusing development, he flashed back at the fan as well. The incident transpired during a band’s performance in Spain, on Tuesday, August 2 as the vocalist decided to take fan interaction to a special level.

Mick Jagger hilariously flashes back at the fan

As reported by Loudwire, while the Stones were performing their classic tune “(I Can’t Get No) Satisfaction”, a female fan flashed her breasts at Jagger from the crowd. While this isn’t uncommon at all during a rock n’ roll show, what she probably wasn’t expecting was the good-humored singer flashing her back, all while continuing to perform seamlessly.

As seen in a video clip, the woman filmed from behind clearly is without her shirt as she waves an American flag and bounces on a fellow concertgoer’s shoulders to the song.

As Jagger noted the fan across the stage he eventually spots the woman in the crowd, then briefly lifting his own shirt to bare his nipples to her as well, all while not missing a beat in his performance. As the video concludes, the woman then starts to put her shirt back on.

The Rolling Stones are currently touring as part of their 60th anniversary. The band returned to the road shortly after the death of drummer Charlie Watts last year. The group is wrapping up their current tour leg tonight (Aug. 3) in Berlin, Germany.