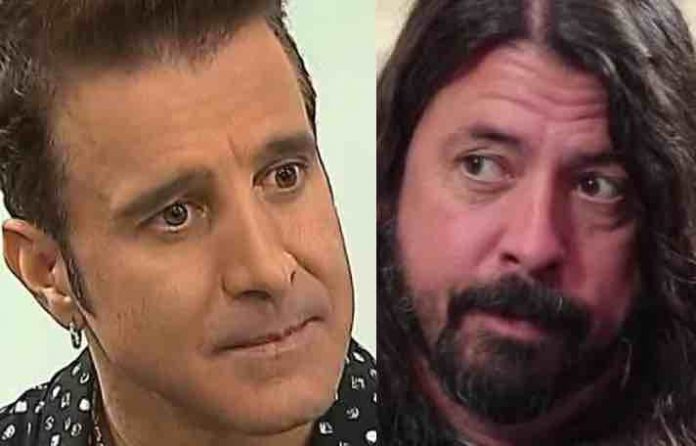 Foo Fighters frontman Dave Grohl broke his silence on Scott Stapp and Creed being disrespected by snobby music fans and critics in a new Yahoo interview, defending the band by calling their song “With Arms Wide Open” one of the greatest songs of all time, and clarifying that he was not being sarcastic. System of a Down’s singer ‘refusing’ a Dave Grohl offer just leaked.

Grohl made the statement in a discussion with Rita Haney, the girlfriend of late Pantera guitarist Dimebag Darrell, when discussing the annual ‘Dimebash’ tribute show. He also said he would like to perform the Creed hit live.

Yahoo asked, “What’s that metal song that you would want to do with everyone up there as an all-star finale?”

Grohl responded, “Listen, I happen to think that ‘With Arms Wide Open,’ by Creed, is one of the most amazing songs of all time. And I’m not kidding.”

Haney told Grohl, “The worst part is that I believe you.” Grohl shot back, “It’s true. I have a real soft spot for “With Arms Wide Open.” And I would have no problem getting down on that.”

Eddie Vedder’s wife reacted to a bad Scott Stapp comment a few months ago. Creed guitarist Mark Tremonti recently discussed how he and his bandmates push each other in Alter Bridge on The Chuck Vans Show, “You know, we just work our asses off. We do our best to write the best songs we can and you know, we push ourselves really. I think the producer, it’s his job to push the band, but as far as band members, we work as hard as we can at all times.”

He also discussed demoing Creed and Alter Bridge songs, “Melody is being the most important role in every song. We work kind of backward from the melody, it’s what people sing back to you, it’s the core of the song.”

He told Andertons about guitar pedals, “Pedal-wise, my Morley Wah pedal [is my favorite] – if I had to use one pedal in the world, that would be it.

I could really get away with just my way pedal at a show because they have overdrive built into them, you can dial it in with this wah-boost knob.”

You can read the full interview on Yahoo.