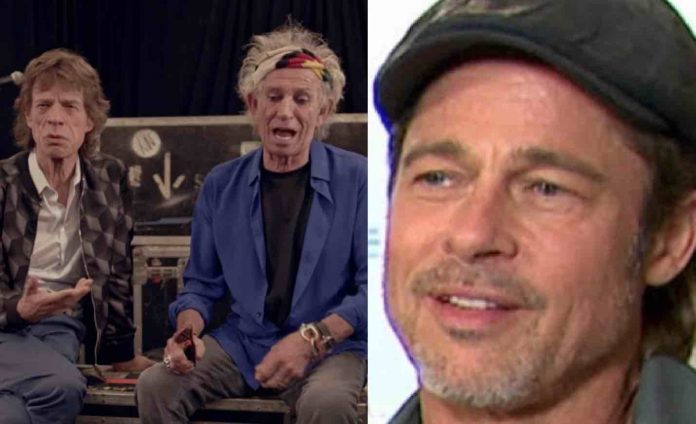 The Rolling Stones guitarist Ronnie Wood’s ex-wife Jo Wood discussed Mick Jagger, Keith Richards, and company hanging out at parties with the likes of Brad Pitt in a new The Scotsman interview. A The Rolling Stones member telling a ‘sick’ Mick Jagger to retire was recently revealed.

The article states, “First with a polaroid, then a ‘proper’ camera Ronnie bought her, “to keep me quiet”, she captured thousands of candid behind-the-scenes shots from her three decades married to the Stones guitarist. Along with images of the band and close ups of the rock and roll lifestyle, were the personal pictures every family has; births, birthdays, bathtimes, family holidays, hanging out with friends, the only difference being that the pals are the likes of Jerry Hall, Brad Pitt, Chuck Berry, Peter Cook and Kate Moss. And being a bit of a magpie as well as a hoarder, Wood also filled diaries, scrapbooks and boxes with mementoes.”

Wood said she has hazy memories of her partying days, “Yeah, 1981, I don’t think I remember much about that at all,” she tries to remember. “I got my 1981 diary out and thought let’s see what’s in here. And all I wrote at the beginning of the year was ‘woke up’ and then there was nothing for the rest of the year. I never went to sleep I don’t think.”

Mick Jagger was ‘in denial’ after a big The Rolling Stones departure. JB Welda recently asked on IORR.org about a popular The Rolling Stones publication. They asked, “I was wondering if anyone here could fill me in on whatever happened to the SFJ publication? I used to buy it/subscribe to it for a long time but then it kinda disappeared.

I don’t recall if my sub ran out or what. But I really used to enjoy it and its concentration on new ROIO (is that term used anymore? ‘Recordings of Illegitimate Origin’) releases and the active trading that sprang from it. I collected up at least a couple hundred boots I never would have even known about without it. Some great writing in there occasionally too, both reviews and retrospectives on the Stones and their live appearances. Any responses appreciated!”

Rockman responded, “Yeah bought all copies of Sticky Fingers. John Carr put them out for about five years. Then there was a fire at his home and later john had health problems. Nothing after that.”

You can read the full article at The Scotsman.