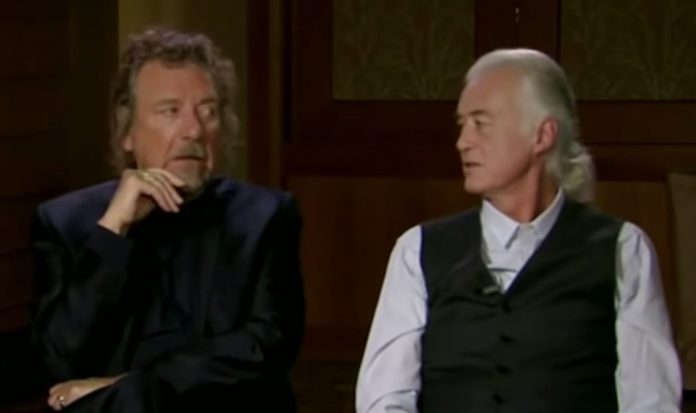 Miley Cyrus, Ed Sheeran, and a Led Zeppelin reunion could all be featured on Dolly Parton’s next album.

Dolly dedicated her new album to her husband, via Pollstar, “He did not like it when I was going to do ‘Stairway to Heaven’ [on 2002’s ‘Halos & Horns’]. But I’m going to redo that really on the money. I did it kind of bluegrass-style when I did it; but when I do the rock album, I’m going to actually re-record it – and do it more true to the regular record.”

“I’m trying to see if Robert Plant might sing on it. Maybe Jimmy Page might do the pick-up part on it. I’m looking forward to dragging in some of the great classic people, girls, and boys, to sing on some of the songs.”

“There are a couple of people that I love, and I’m going to be asking them maybe to sing with me on my rock album. Ed Sheeran: I’ve always thought our voices would blend so beautifully together. And I have a particular song I’m going to ask him to sing with me.”

“And, of course, I’ll ask Miley (Cyrus, her goddaughter). I love the Wilson sisters [of Heart]! There are a lot of people I hadn’t thought that much about until I started putting together this rock album. I’m going to be thinking seriously about that now.”

She said about her Rock and Roll Hall of Fame induction, “It means a great deal. More than anything, I tried to really see what they said it was all about. I thought I could accept belonging there with those people when I heard all the reasons they gave. I was honored about that.”

“I’ll do my best to honor this. I’ll continue to love rock n’ roll, I’ll continue to respect and appreciate what the rock n’ roll artists put forward. Just like I would have no trouble at all accepting any kind of award or accolade from the country, bluegrass or gospel field, this was a new one on me! I didn’t think I deserved it, and I’m still not certain I do, but I’m going to accept it gracefully and be proud, and do my best to try to live up to it somehow.”