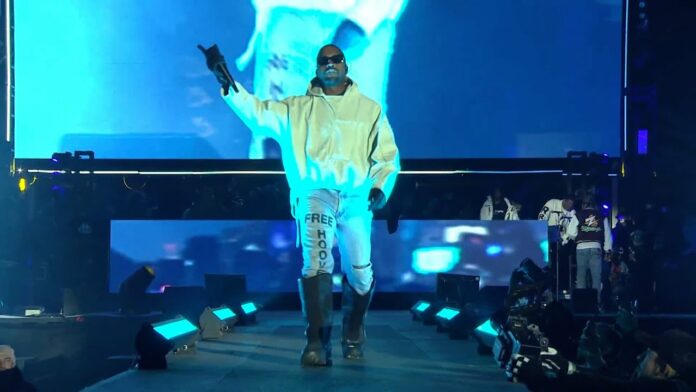 Controversial hip-hop star Kanye West now known as Ye recently lamented about the current state of multiple industries. He addressed the issue of contracts and even invoked Lauryn Hill’s name and experiences to punctuate his point.

First, however, he posted a black photo with white lettering demanding to ‘see the contracts.’

He continued, “So we can or better yet will do better business. I’ve been beat to a pulp and there’s still no accountability.”

The Donda rapper captioned the image,’The “unknown powers” are trying to destroy my life off of a tweet So does this prove that my so called suspicion was true? Leading with love This is #lovespeech.’

His next post showed a picture of Hill staring up toward the heavens with her hair tied back and huge hoop earrings dangling down.

In the caption, he wrote, “Love is the answer God is love Does anyone wonder what Ms Hill’s recording contract looked like and why she stopped recording professionally We no longer will be used to oppression Kweli was right on so many things Sway was right When you sell your name and likeness Let’s free ourselves and bring back this frequency #lovespeech.”

The ‘Killing Me Softly With His Song’ singer famously spoke to Rolling Stone about why she never made another album after the release of her hugely successful, and critically-acclaimed, solo debut The Miseducation of Lauryn Hill which came out in 1998.

“The wild thing is no one from my label has ever called me and asked how can we help you make another album, ever…,” she said on a podcast detailing the 500 greatest albums. “Did I say ever? Ever!”